According to reports, since the former couple did not have a prenuptial agreement, they will have to divide everything they earned during their decade-long marriage under the California law. 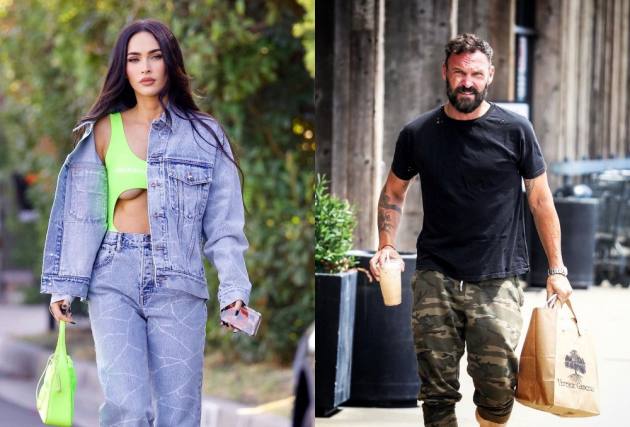 Hollywood actor Megan Fox and her estranged husband Brian Austin Green are only one judge's signature away from divorce. According to reports, since the former couple did not have a prenuptial agreement, they will have to divide everything they earned during their decade-long marriage under the California law. However, it's unclear if either of them will be paying spousal or child support.

Fox sought joint legal and physical custody of their three children — Noah Shannon, 9, Bodhi Ransom, 7, and Journey River, 5 — when she filed for divorce in November 2020. Fox's formal surname will likewise be changed back to Fox from Green. Meanwhile, looks like both Fox and Green have moved on since Fox has been in a high-profile relationship with musician Machine Gun Kelly (MGK) since mid-2020, while Green has been seeing 'DWTS' star Sharna Burgess.

Interestingly, earlier this year, the ‘Transformers’ actress clarified whether or not her divorce was caused by her lover MGK. MGK had "nothing to do with" the end of her marriage, according to Fox, despite the fact that they were first seen together in May 2020 and she didn't file for divorce until November of that year. The actress, on the other hand, said that she and Green had been "separated" since the end of 2019.

However, from the beginning, the couple's relationship was a roller coaster. They were engaged and lived together by 2006 after meeting on the set of ‘Hope & Faith’ in 2004 when Fox was just 18 years old. They "mutually decided" to terminate their engagement in 2009, only to be re-engaged and married by the end of June 2010. During a red-carpet interview four years and two children into their marriage, Fox declared unequivocally that she had no "intimacy whatsoever" with her spouse.