Meghna says we should stop looking at an acid attack victim as a ‘bechari and celebrate her spirit and positive attitude towards life despite the horrific experience. 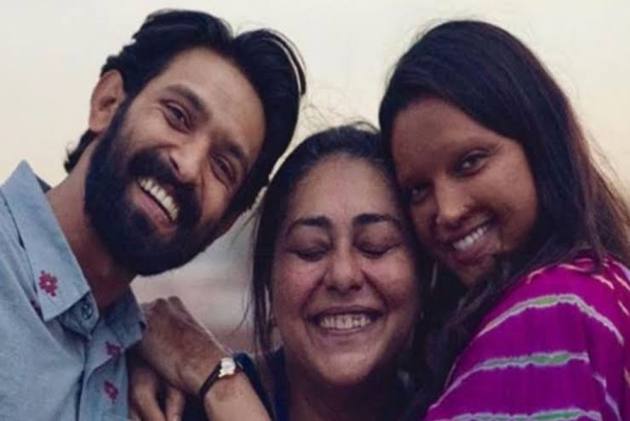 Filmmaker Meghna Gulzar’s upcoming film “Chhapaak” is based on the true story of acid attack survivor Laxmi Agarwal, and features Deepika Padukone in the protagonist’s role. Meghna says we should stop looking at an acid attack victim as a ‘bechari and celebrate her spirit and positive attitude towards life despite the horrific experience. “Contrary to the popular belief and perception that the story of an acid-attack survivor would be very depressing, heavy and graphical, Malti is a character who smiles into camera and says, ‘ab khush hoon to kya karun’. We should stop treating them as ‘bechari’, because they are not!” said Meghna

Asked if that is her way of breaking the stereotype of characters, just as she did with Alia Bhatt’s character Sehmat in “Raazi”, Meghna explained: “I think I am blessed to come across some characters as Sehmat and Malti who are real, who are spirited and their stories are compelling. When we were writing the screenplay of ‘Raazi’, Bhavani Iyer and I were discussing it is only humane for someone to get affected emotionally and psychologically the way she does, without stopping herself from the commitment that she has for the country.”

“That is why Sehmat went through the dilemma she did while in Pakistan, doing her duty as a spy,” she added. “Similarly, after meeting so many acid attack survivors, and meeting Laxmi, I realised that they have gone past from their reflection in the mirror and have recovered. Their spirit has not been distorted, just their face. That is why you see Malti (Deepika’s character in the film) says that they changed my face, not my spirit. That is why all those acid-attack survivors say that ‘we are happy’ the way we are, we are not ‘bechari’. Of course, that does not diminish the trauma they have gone through, but it is about overcoming and living a spirited life!” said Meghna.

Apart from Deepika, the film features Vikrant Massey and Rohit Sukhwani. Asked about her thought behind casting an actress whose beauty is celebrated, Meghna said: “Deepika and Lakshmi shares uncanny similarities and that was my first consideration when I was thinking about casting. I saw a picture of Lakshmi when she was 15, before the attack, and I saw the picture of Deepika when she was a teenager. The similarity is uncanny. They have long necks, the way they use their hands while talking and the way they smile in between talking — Deepika was the only one I could think of.”

The director said that the strategy and star power to reach out to a wider audience with Deepika came much later. “After that interesting resemblance, and her acting talent, rest of the factors were secondary. Of course, Deepika is a star. Her beauty is adulated by the mass audience, and here I am with a story that requires us to distort it, which also amplifies the brutality of the crime (of acid attack. Bringing an actress on board who is in sync with my vision was quite an interesting process,” shared Meghna who was initially not sure if Deepika would agree to do the film.

However, she mentioned how “gratifying” it was for her as a filmmaker to collaborate with the actress.

“It (her decision to do the film) shows how Deepika goes by her guts and how instinctive she is. It is very encouraging to see how an actress, a superstar who is on the top of her game, is telling the story of an acid-attack survivor where her beauty is not being flaunted as part of the character, and she has completely submitted herself to my vision. She is a sign of a true artiste. It is precious,” she smiled.