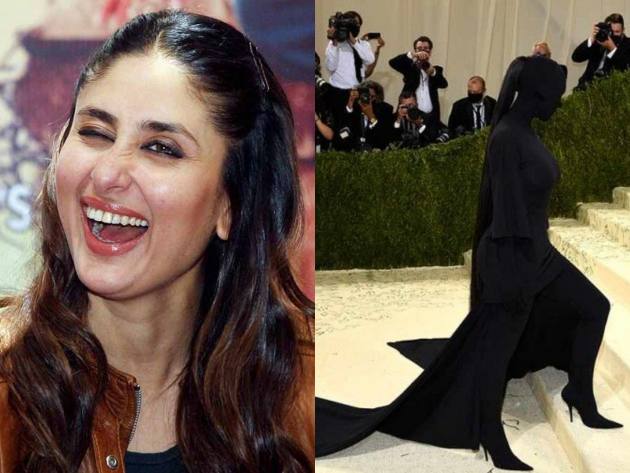 American reality TV star Kim Kardashian’s outfit was one of the most talked about dresses from the 2021 Met Gala.

Even Bollywood actor Kareena Kapoor Khan couldn’t help, but have an opinion about the same. ‘Kya ho raha hai' (What Is Going On)?” she captioned a photo of Kim Kardashian and Balenciaga designer Demna Gvasalia in their all-black outfit, which Khan shared via Instagram stories on Monday afternoon. This year's theme for the star-studded event was ‘America: A Lexicon of Fashion’ and apart from Kim Kardashian other stars who definitely lived up to the theme included Kristen Stewart, Lil Nas X, Megan Fox, Dan Levy, Billie Eilish and this year’s host Rihanna.

Met Gala regulars including Jennifer Lopez, Sharon Stone, Emily Blunt, Irina Shayk and Gigi Hadid  were spotted alongside debutantes like 18-year-old British tennis star Emma Raducanu who recently won the US Open, Rose Leslie from 'The Game of Thrones', gymnast Nia Dennis and Justin and Hailey Beiber who walked the Met carpet together for the first time.

The event is hosted by Vogue's Dame Anna Wintour and is held annually at The Metropolitan Museum of Modern Art in New York City.