Miesha Iyer: Falling In Love With Ieshaan Sehgaal Was Not Planned; I Couldn’t Deny The Connection

‘Bigg Boss 15’ contestant Miesha Iyer talks to Outlook about how she fell in love with her co-contestant Ieshaan Sehgaal within just a week and how their romance is not fake. 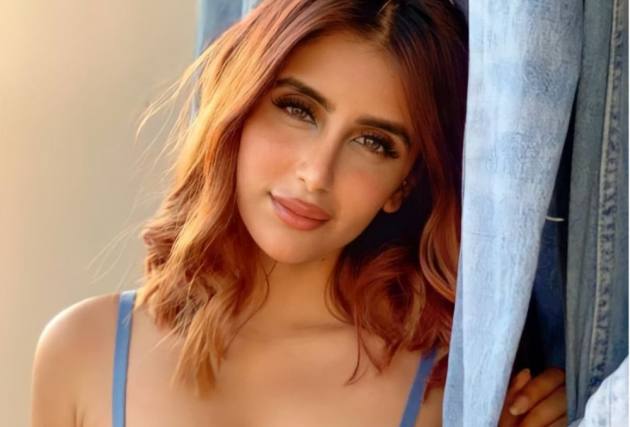 Contestants Miesha Iyer and her boyfriend Ieshaan Sehgaal have been evicted this week from ‘Bigg Boss 15’. Many people on social media slammed the two of them saying that no one can fall in love in just a week’s time. Talking to Outlook, Iyer speaks up about these allegations of fake romance and reveals how she fell in love with Ieshaan Sehgaal. Excerpts from the candid chat:

You were evicted suddenly. What do you think went wrong?

Initially, I did feel out of place, but then as time passed I made a few great connections. I was very close to Jay (Bhanushali). He was like my brother over there and also I had started connecting with Shamita (Shetty) because I had seen how she would get genuinely concerned about me and then there was obviously Ieshaan (Sehgaal). I also had a bonding with Sahil (Shroff) who also got eliminated. These people definitely made my stay in the house a little easier.

You bonded the most with Ishaan Sehgaal the most in the house, but many said that ‘itni jaldi pyar nahi hota hai (you can’t fall in love this fast)’ and called it just fake. What do you have to say to those comments?

If falling in love in a week is not possible, is breaking up after a ten-year relationship normal? I feel if one can have a break up after being in a relationship of ten years, falling in love in a week is also possible and in ‘Big Boss’ one week is similar to a month of the outside world because in the house you are staying with each other 24x7. In the outside world you meet each other for maybe four hours a day, go for dinner dates and stuff. But here, you literally start your relationship being in a live-in. We used to talk all day, all night and we did feel really strongly for each other. It was not at all planned and the connection between us was so strong that I couldn’t deny it and I did not want to deny it. I am a very new-age woman. I say what I feel and I do what I want to do and I am not at all shy about expressing my feelings. So, if I feel strongly for someone, why should I not admit it?

How did your close friends react to your newfound love?

My friends knew that this wasn’t fake because they know me enough to be aware of the fact that I would not fake something like this on national television. They knew that I genuinely like him. They were also very worried about the fact that I was crying every day because in real life I usually don’t tend to cry easily, maybe two or three times a year one can see me crying. But in the ‘Big Boss’ house, I was crying every day and my friends were all pretty upset about it and very concerned. Now that I have come back we have so much to gossip and they are always calling me and checking up on me.

Now that you and Ieshaan both are out of the house, who do you think is the strongest contender to go till the final?

Shamita (Shetty), Pratik (Sehajpal), and I also want to say Jay (Bhanushali) but he is very emotional. So that might go against him and be a setback for him. According to me, it is also a very beautiful part of him. If you ask me who I want to see in the finale, it would be Shamita, Jay and Pratik.

Who do you think is the weakest contestant who probably should not have been there and you should have been inside right now in their place?

I think that in this season of ‘Big Boss’ all the contestants are really strong. They have chosen really strong contestants this year. So, it is really difficult to call someone weak. In the nominations, no one knew who would be eliminated, because according to me everyone has a different way of playing the game and calling someone a weak contestant because they have a different way of playing the game would be wrong.

Many people feel that Vishal Koitan is very manipulative and plays mind games. What is your opinion?

Honestly, towards the end, I started finding Vishal (Kotian) very genuine. Before that, we used to get into a lot of arguments. After I left the house I realised that it was just a feeling, and he is someone who is really good at playing mind games because when we were talking about our nominations he told me that he will not nominate me but then my friends told me that it was just him manipulating me. So, I was a little taken aback by that.

Do you think that Karan Kundrra is not being his real self and faking all this good behaviour all the time trying to be the good boy of the house?

I am very confused about Karan Kundrra to be honest because I don’t think he plays mind games. Some people come and tell me that KK is one of the top contenders of ‘Big Boss’. I feel KK is not a very straightforward person and he cannot say what he feels directly on the face and that is one thing I don’t like about KK. He has the habit of talking behind people’s backs.

Any positives which you learnt from Big Boss and will always remember?

Will you be willing to go back in the house as a wildcard entry if given a chance again?