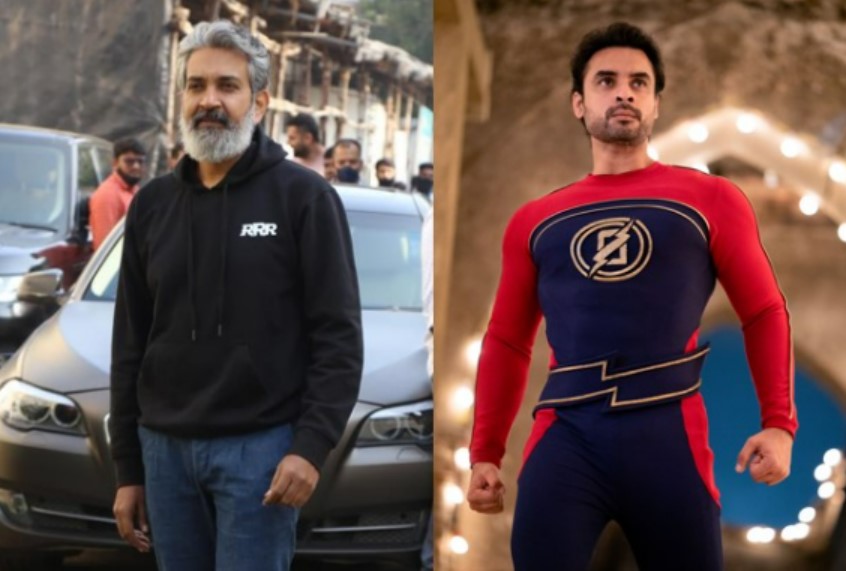 'RRR' Director SS Rajamouli has applauded the action-adventure film 'Minnal Murali' and congratulated actor Tovino Thomas for scoring a hit with the film.

Rajamouli also expressed his gratitude to  Thomas for marking his at the 'RRR' Indian Telugu -language film's promotional event and said, “'Minnal Murali' is indeed a great film. Everyone here has always wished that we should have a superhero of our own, and it’s evident, we have a superhit superhero now.”

Adding to that, actor Jr. NTR who was also present at the press event praised the actor by saying, "Tovino is like my brother. I watched his recent film 'Minnal Murali'. He is a wonderful actor."

It's to be noted here that Rajamouli's superhit film 'Eega', which was one of the first major cross-over films from Telugu cinema, long before 'Baahubali' became a worldwide sensation. 'Minnal Murali' is raising the bar in Malayalam cinema, and it's impossible not to see parallels between the films.

'Minnal Murali' tells the story of Jaison, a regular guy from a small town, and how he transforms into the superhero 'Minnal Murali', as well as how this event of transformation affects his life. The film was released on Netflix.