Mohanlal's 'Lucifer 2' To Go On Floors Next Year: Prithviraj Sukumaran

The 2019 political drama, 'Lucifer', directed by Prithviraj Sukumaran, with Mohanlal in the lead, is the highest grossing film of Malayalam cinema. 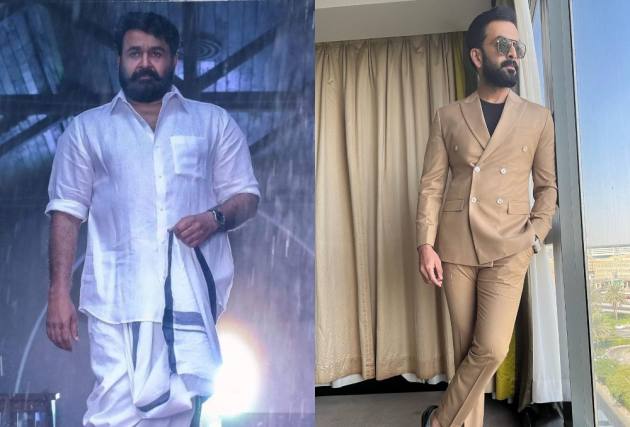 Malayalam actor Prithviraj has revealed that he will start directing the second instalment of the Malayalam-language film franchise ‘Lucifer’, next year onwards, alongside Malayalam superstar Mohanlal.

“If not for the pandemic, we should have ideally been shooting for the second part of Lucifer by now. In-fact, we might have finished shooting for 'Lucifer 2',” he said in an interview. “It’s a film that requires the world to open up and the travel scenarios to be back to normal. I am hoping that by the time I finish this magnum opus I am involved with as an actor, ‘Aadujeevitham’, which should be sometime by mid next year, the things will be close to normal and I will be working on 'Lucifer 2',” he added.

Over the last few years, Prithviraj and Mohanlal have worked on a few films and as a result have become good friends, now. While Prithviraj has directed the veteran actor in ‘Lucifer’ and 'Bro Daddy', Mohanlal too is collaborating with Prithviraj in his directorial debut, ‘Baroz’.

“I have directed Mohanlal sir in two films and of course, his directorial has me in a pivotal role. We shot for a couple of weeks, but had to stop the shoot due to the second wave of pandemic,” said Prithviraj.

“It’s wonderful to have gotten the opportunity to collaborate with him repeatedly. He is a legend and pretty much everyone in the Malayalam cinema looks up-to him. He is a fantastic actor and for him to place so much trust on me as a filmmaker is so gratifying. It makes me want to do better,” he added.

Prithviraj informs that the lockdown resulted in their bond growing stronger. “We have grown so close outside of the cinema because we live in the same building. It’s great to spend so much time with the legend, there is so much to learn. I can only count my lucky stars,” he concludes.