From Kapil Dev’s Iconic catch to dismiss Viv Richards in the final match to Mohinder Amarnath's spells of swing bowling, here are some of the standout performances, which contributed to Team India’s journey to the winning the World Cup for the first time. 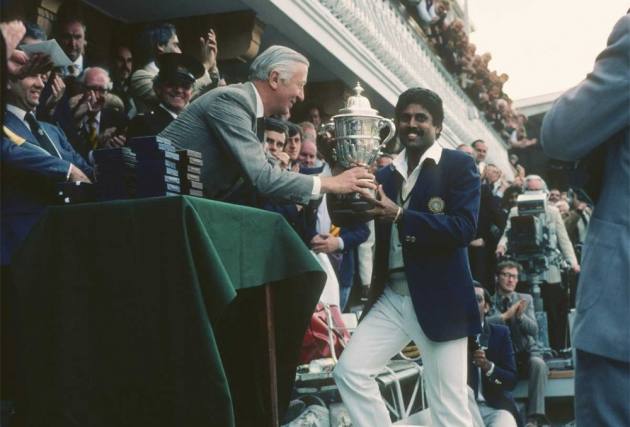 “In India, cricket is not a sport, it’s a religion.”

These perhaps would never had come to existence, had India not won the World Cup in June 1983, since that is the moment which is considered as one of the biggest turning point in the history of Indian cricket. The team came into the tournament, with no one expecting it to win the competition given the fact that they had lost all of their previous games in the two World Cup tournaments that had took place before this tournament. So, every Indian victory, right from the first game to the win in the final against the two-time World Cup champions West Indies, was a big moment in itself. As the release film, '83' based on the events during the tournament starring Ranveer Singh, lurks just around the corner, here are some of the individual performances, which contributed to team India’s journey to the winning the World Cup for the first time.

A Solid Start
In their very first match, India was facing the mighty West Indies, who had not only entered the tournament as defending champions, but were also the favourites, with quality players in every department. In batting department they had players like Viv Richards and Clive Lloyd, in the bolwing department the boasted of the most fiery pace quartet of Michael Holding, Andy Roberts, Malcom Marshall and Joel Garner. Determined to start on a winning note, a match-winning knock by Yashpal Sharma (89), saw India put up 262 runs on the scoreboard, which was the highest innings total put by the Indian cricket team during the world cup. The mighty West Indian batting line up, could not chase the score, and India, won their first ever match in a World Cup tournament by 34 runs.

The Best Wicket Keeper
In their second match against Zimbabwe, wicket keeper Syed Kirmani, played a pivotal role as the then 34-year-old took five catches in a single match, which was then a record for most dismissals for a ‘keeper in an innings at the World Cup. Zimbabwe were dismissed for 155 runs, and India won their second consecutive game by 5 wickets.

A Captain’s Knock
After having lost the next two games by a huge margin, India were looking at another exit from the World Cup, in the prelimnary round. Things got even more grim, when India, sent in to bat by Zimbabwe, were reduced to 17/5, before Kapil Dev walked in to bat, and played with what is still considered to be one of the best innings in a world cup match. Dev scored 175 runs, off just 138 balls, with 16 fours and six sixes, amounting to 65.78% of India’s total runs. His century partnership with Syed Kirmani saw India score over 250 runs, which were a little too many for Zimbabwe, who lost the match by 31 runs.

The Swing Trio
Another important game, which saw the entire team contribute. First with the bat, where every batsmen contributed with important runs and took India’s score past the 240-run mark, and then with the bowl, when the bowling trio of Roger Binny, Stuart Binny and Balwinder Sandhu took all 10 Aussie wickets and dismissed the team for a mere 129 runs.

The Mohinder Amarnath Show
Mohinder Amarnath, was one of the best all rounders in the Indian team and he remains the only player in the history of one-day international cricket, to have won the Player/Man-Of-The-Match award in semi-final and the final of a world cup tournament, apart from Aarvinda de Silva, who achieved it during the 1996 World Cup. In the semi final against England, the hosts were looking comfortable at 141/ 3, when Amarnath’s stifling spell removed the tournament’s leading run getter, David Gower and Mike Gatting. England lost their last seven wickets for 72 runs. Chasing 214, to reach the finals, Amarnath, once again contributed, only this time with the bat. He fell four short of a well-deserved 50.

The Greatest Catch Ever
Indian batting lineup folded for a measly 183 runs. And West Indies sure-shot looked like they were on the way to their third World Cup, with Viv Richards motoring along with 33 runs off 27 balls. His confidence was high, when he decided to take the aerial root on the on side, but couldn’t time the ball, and skied it. And then Kapil Dev ran, and then some more to take a catch, which changed India’s fortune in the final and the sport’s fortune in the country. From a 50/1 West Indies were bowled out for a 140, thanks to another stifling bowling spell from the Man-Of -The Match, Mohinder Amarnath (3/12).