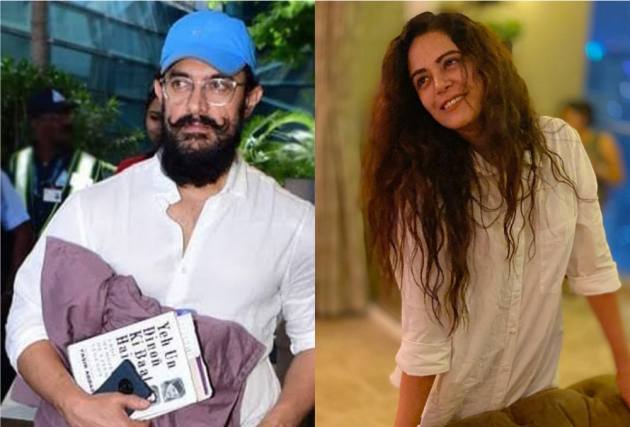 Actor Aamir Khan who will next be seen in the much-anticipated film 'Laal Singh Chaddha' reunites with his '3 Idiots' co-stars Kareena Kapoor Khan and Mona Singh. Kareena Kapoor will be seen playing his love interest in the human drama, the makers have not yet disclosed any details about Mona Singh's character. Makers have so far refrained from divulging any details about the movie.

According to a report by Peepingmoon.com, Mona Singh plays the role of Aamir Khan's mother in Laal Singh Chaddha. The casting is quite unusual considering Singh is 16 years younger than Khan, who plays the titular role in this Advait Chandan directorial adapted from the Tom Hanks classic, 'Forrest Gump.' However, the sources close to the project explain that the "age disparity between Aamir and Mona" doesn't make a difference as Singh's scenes are with the child actor playing the young 'Laal Singh Chaddha.' She doesn't have scenes with Khan and will only be seen in flashbacks.

"Mona Singh is playing the role essayed by Sally Field in the original 1994 Hollywood classic, 'Forrest Gump.' She plays a strong single mother who loves her son unconditionally and raises him to believe that he's no different from anyone else despite his low IQ. It's only through her love and strength that 'Laal Singh Chaddha' makes a significant impact in some of the key Indian events during 1968 and 2018," said a source, adding that Singh's dialogues are more like slogans that keep the hero up and running during his life.

'Laal Singh Chaddha' is the tale of an intellectually disabled man who witnesses various defining historical events such as the Emergency, 1983 Cricket World Cup, Operation Blue Star, the Rath Yatra, and the 1999 Kargil War. The film shows his journey from India's independence to present-day India and shows Aamir Khan aging from 20 to 80. Also starring Naga Chaitanya, the film was earlier supposed to release next Valentine's day weekend but has now been postponed to April 2022 due to the unfinished post-production work.