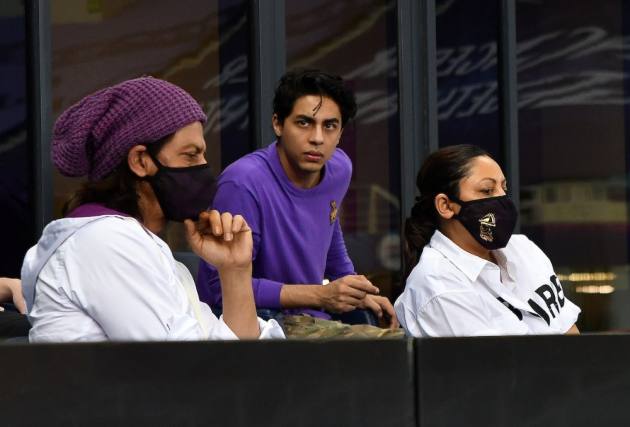 Support for Bollywood superstar Shah Rukh Khan, ever since his son Aryan Khan got arrested, has only gotten stronger, especially after Aryan Khan’s bail plea was rejected on Friday and he was sent to Arthur Road Jail. Actors Ali Fazal and Anjana Sukhani,poked fun at Bengaluru-based Byjus, after it was reported that multinational educational technology company had decided to put a pause on advertisements featuring SRK.

By’e’ju … Another brick in the wall - playing out rather loudly in my headfones today. https://t.co/xHlYzQSbch

As SRK famously said “if I don’t get an award, it’s the loss of that award.” So enjoy your loss Byju’s. He will always be a winner. https://t.co/W2r3w9g3Ad

He came faced & achieved a conquest unparalleled. Hv known @iamsrk for long to know hardships won't deter his soul. As the world teaches his young boy thru wounds, am sure the fighter's son will definitely fight back. Blessings to the young man.

In a tweet late Saturday evening, Suman recalled how Shah Rukh was the only colleague from the industry who had reached out to him when his elder son had passed away. The 58-year-old actor wrote he is pained to know what Shah Rukh must be going through as a parent.

When i lost my elder son Aayush at age 11 Shahrukh Khan was the only actor who came to me personally while i was shooting at film city,hugged me and conveyed his https://t.co/LLwSlEJiOt extremely pained to know what he must be going thru as a father @iamsrk

My heart goes out to Shahrukh Khan and Gauri https://t.co/NfuiZvw9JJ a parent i can totally understand what they are going https://t.co/e0bGNbRaT9's not easy for parents to go thru this kind of torment and ordeal no matter what @iamsrk

Previously, filmmaker Ashwini Chaudhary took to Twitter and asked how many producers, directors who have worked with the 55-year-old star in the last 30 years are "standing in solidarity with him today?"

How many Producers, Directors who have worked with #SRK in last 30 years are standing in solidarity with him today ?

Replying to him, music composer Vishal Dadlani tweeted late Saturday night that he stands with Shah Rukh in these difficult times. Dadlani has composed music for superstar's films like "Om Shanti Om", "Ra.One" and "Chennai Express" with co-composer Shekhar Ravjianii. The composer wrote the superstar's family is being used as "a soft target" to divert attention from the drugs seizure at the Adani-operated Mundra port in Gujarat’s Kutch district and the October 3 Lakhimpur violence in Uttar Pradesh in which eight persons including four farmers were killed.

If Composers count, I am.

They join a growing list of people from Bollywood who have come out in support of Shah Rukh and his interior designer wife Gauri Khan, including Hrithik Roshan, filmmakers Zoya Akhtar, Farah Khan, Hansal Mehta, actors Raveena Tandon, Pooja Bhatt, Suchitra Krishnamoorthi, Somy Ali and comedian Johnny Lever. Aryan Khan, 23, was arrested on October 3 with seven others when the Narcotics Control Bureau (NCB) busted a drugs party on board a cruise ship. He is currently in Arthur Road prison after a Mumbai court rejected his bail plea.