Mostofa Farooki: For Me Nawazuddin Siddiqui And Irrfan Khan Are Hallmarks Of Acting

‘No Lands Man’ director Mostofa Farooki speaks to Outlook about his film getting screened at the prestigious Busan Film Festival, working with Nawazuddin Siddiqui and Irrfan Khan, and lots more. 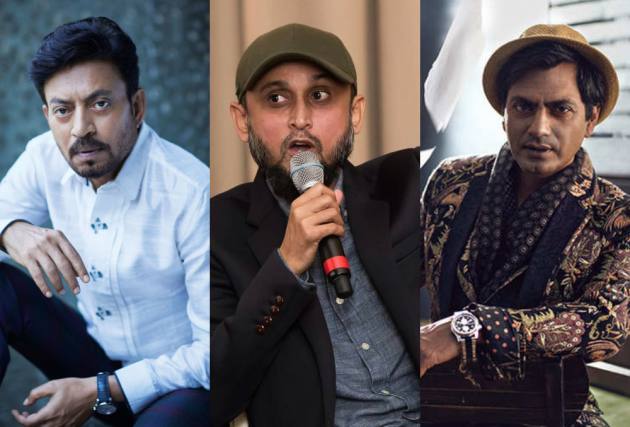 ‘No Lands Man’ has been one of the very few films from India to have been screened at the Busan Film Festival this year. Director Mostofa Farooki is all pumped up about this nomination at the prestigious film festival. In a candid chat with Prateek Sur, he talks about how the film came about, how stalwarts like Nawazuddin Siddiqui and AR Rahman joined the project, how Siddiqui completed the shoot despite his real-life sister’s death, and how he is going to get busy with the trilogy of ‘No Lands Man’ after this. Excerpts:

‘No Land’s Man’ got nominated for the Busan Film Festival. How excited are you?

It is special because the world is getting back to normal again. But, another reason for it being special for me is that this film has been in the making for 11 years. I first got the idea for this film in 2010 and at that time too, I was in Busan with my film, ‘Television’ as it was participating in APM: Asian Project Market. I got this idea after waking up in the morning one fine day and I started writing and developing it. Soon, I submitted a treatment note to a fund from which I was rejected. That incident left me frustrated, that rejection left me frustrated. But then, I moved on and started investing in this story more. In 2014, I resubmitted the treatment note to the same fund with a new name and more developed story and it was immediately accepted. From then on I have been on a journey of stumbling and standing up again because it is a difficult film to make.

What is No Land’s Man all about?

The idea of this film is about identity conflict. It's about who we are, and how the new world order is impacting our lives. The film mocks this strange world. 70 per cent of the film is based in New York and 30 per cent is in Australia and India.

When did Nawazuddin Siddiqui become a part of the project? Was he always the first choice for the character?

I spoke with him in 2014 right after the film won the best project award in Film Bazaar India. By then I had seen some of his great performances, although he was just rising at that time. I could clearly see that a great actor is about to come up. His eyes have a certain gravitas, they have the ability to hold you. I always look for the right eyes to suit the characters that I have sketched up because for me eyes are the stairway to the soul. When I was narrating the story to him, I could see how the character was being played in his eyes at that moment. When I completed the narration there were tears in his eyes, although the film isn't a tear-jerking drama, it has a lot of humorous situations, ironic situations and of course also emotional stations. I could see the joy in him, there's a certain child-like sensibility in Nawaz. In fact, every great artist is a child at heart. And I knew in my heart that he is the perfect fit for this role.

What drew you to this film?

Contrary to popular belief, the film isn't based on Asif Mandvi's book. The book came out much later. Coming to your question, we have created a strange world where we love or hate someone just because of who they are, not because of what they have done. The context of judging a person has completely changed, this is something that drew me to this film. People are being judged not just based on their actions but based on what class they belong to, and that is a terrible thing to do.

At what point did AR Rahman join this project? Was it an instant yes or did Rahman take his time to say yes to the film?

I first wanted to work with AR Rahman in my film titled ‘Television’. I approached one of my friends who is close to him but, somehow it didn't materialize. Then I approached him again in 2019 through my friend and asked her if she could speak to Rahman bhai. She spoke with him and later told me that he would like to see the film. By that time the American and the Australian schedule of the film was already done. I flew to India to complete the rest of the film. I went to meet him in Mumbai and narrated the story to him, he said, "It sounds interesting, can you show me the film tonight?" By the time I had the assemble ready, I immediately said yes and asked when he'd like to see the film. He said that he had to attend Javed Akhtar Sahab's birthday party in Taj Mumbai, later that night. So, he asked me to come over there and we could see the film in his hotel room. But, he was too tied up and came a bit late. So, it was not possible for him to watch the film there. He took the film and watched it on the flight. After watching the film, he said that he loved the film and would want to start working on it and then, things got easier. That's how he got on board.

Nawazuddin told us that he was shooting for a scene with his on-screen sister for 'No Lands Man', when on the same day his real-life sister had passed away due to cancer. Did you know of this incident during the shoot?

That day, I was ready to roll the shot but then I saw his makeup artiste run into the set which generally doesn't happen. The makeup artist went to the first AD and whispered something in his ear and then they went to Nawaz bhai. I was unaware of what was happening. The first AD came to me and said that Nawaz bhai needs some break. Nawaz Bhai went out of the set for a brief moment to talk to someone and then he returned to give the shot. Whatever he did in that sequence, it broke our hearts. Both, I and my first AD were broken or shattered looking at him in the frame, it wasn't even a very emotional scene or something, it was just his performance that we felt so close. We finished the shoot for the day and I told him that, ‘Nawaz Bhai you did so great in this sequence I want to treat you with good food, as a gratitude’. So we went to a Chinese kebab shop. While I was sitting in the car with him, his make-up artist called me to a corner and said that Nawaz Bhai needs to fly to India tomorrow as his sister has left the world after a prolonged battle with cancer. That's when I got to know what actually happened. I was shivering. I didn't know what to do in this situation. It took me 5-10 minutes to wrap my head around the situation.

If yes, what was your reaction to the whole thing? Didn’t you ask him to take the day off as his sister had passed away?

I went to Nawaz and asked him at what time he needs to fly the next day. He asked me a simple question of why. I told him that I just got to know about the crisis in his family and that he should be with his family. He said very calmly, ‘We have three more days for the shoot to get over. So, let's complete the shoot and then I'll fly to India. Let's not disturb the flow of the production and the flow of the performance’. After the shoot, we were supposed to fly to Sydney from the USA, he asked me to change the ticket to Delhi so that he could be with his family. He continued shooting with a heavy heart. That is the level of passion, sincerity and love that he had for the film. I'm sure he has the same feelings for every film but, this was something else to me.

You’ve worked with both Nawazuddin Siddiqui and Irrfan Khan. How different are the two in their acting styles?

I've always said that great actors are those whose performances are effortless. That's because they internalize their characters very well. For me, both Nawaz bhai and Irrfan bhai are hallmarks of acting, I can't separate one from the other. I'm so much invested in them both as a filmmaker and as an appreciator of their craft.

What after this can we see you coming up with next?

‘No Land's Man’ is a trilogy but the stories won't be interconnected. So, that's the next I'd be working on.