Movie Review: Can Neither Stay Here, Nor Journey Beyond Shows How Caste Traps The Human Soul

What the film captures is the way in which caste, so deeply rooted as an organising principle in Indian society, undergoes some transformations after Independence but remains just as enduring and fundamental a law, a social logic by which to allocate reward and respect. 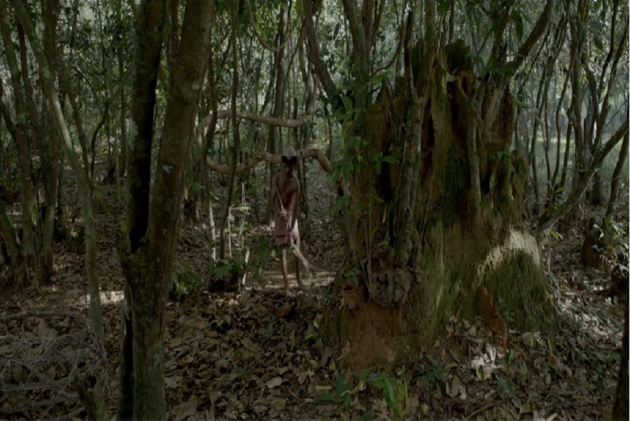 If one feature film could capture how caste traps the human soul, that would be director Girish Kasaravalli’s latest, Can Neither Stay Here, Nor Journey Beyond. The Kannada film comes with subtitles in English, making for a smooth initiation into a complex world. Visually too, you are taken—captured without a fight—by the lush green village of the first half of the film, set in Kemmannu near Udupi, which makes for stunningly beautiful settings.

You are thus plunged headlong into the darker colours that brush the life of schoolboy Naga, whose poor mother cannot always afford to meet all his needs. He performs chores at home before he heads to school, and is often late. The clothes he wears to class are torn, and he is ridiculed by fellow-students. His mother too is clad in poverty: she is gifted clothes by the daughter-in-law of the Brahmin in the village.

But let me not recount the story here; the plot is drawn from a short story by S.V. Shivakumar. What the film captures is the way in which caste, so deeply rooted as an organising principle in Indian society, undergoes some transformations after Independence but remains just as enduring and fundamental a law, a social logic by which to allocate reward and respect. In many ways, the film is about the nimbleness of caste itself, which enables it to endure those transformations. It comes through in ironic ways in the story, besides another form of non-narrative irony—overlaid on the rich cinematography is a musical score, by journalist S.R. Ramakrishna, that’s understated, stark.

The social distance between Naga and his classmates at the government school comes through, through an inversion of great subtlety—the kindness of the schoolteacher, forced to punish young Naga for his late-coming just to show the class that he is fair and treats all the students equally. Naga can only bristle with anger when his more privileged schoolmates insult him.

There is abundance in nature, though, and Naga’s mother sometimes has a large pumpkin to sell to the elite caste households. We learn that the village scene was set sometime in 1969—the teacher, in one scene, reads out from a newspaper the news of the first moon landing.

Quite suddenly, after this matrix of interactions is laid out in a rural setting, the scene switches to the gleaming city, Bangalore. The visual shift is stark, abrupt. There are vehicles and mobile phones, a jungle of buildings, dense traffic...where there was once the ambient sound of birds calling and leaves rustling.

We learn, eventually, with an equal abruptness that the spatial shift also betokens a temporal one. It’s several years later, and Naga is now a man with a nice house in the city, a little daughter and a job that seems to give him high social status. He seems to have broken free of the shackles of caste and poverty. His wife works too, and to look after their little daughter, the couple has engaged a teenaged boy, Punda or Pundalika.

It is now through the eyes of Punda that we see how caste is perpetuated across generations. Naga, once a poor boy himself, is emotionally aloof from Punda and shows little empathy as the boy feels the need to set off to his village home, learning of the grievous injuries his father has suffered. What Naga asks about first is his daughter’s academic calendar: will Punda’s absence affect that? In his hard-earned success, he’s both an escapee and a perpetrator of what he attempted all his boyhood to escape. Victimhood is permanent, but inhabits new bodies. In a touching scene, a helpless Punda tries to rescue his seven-year-old sister, who too arrives in the city to take care of a little child in the home of rich parents.

Punda’s pleas don’t go unheard, though. He is allowed to return to his mother, and given some money—notes demonetised in 2016, so it is evident the film has been in the making for a while. The young boy realises soon enough that the journey home would be expensive and it would be better to just send the money to his mother to help in the treatment of his ailing father. Naga’s wife too once talks of returning; Naga is quick to tell her that’s impossible—the plenitude of nature they enjoyed in the village (and socially, its converse) is firmly behind them.

The film has a host of characters, their lives thickly meshed with each other. The young woman who appears as a benefactor in the village, making clothes available for Naga when he needs them, is herself a quiet victim. Her husband has stomped out of the house in an act of rebellion against his Brahmin-priest father, leaving her quite alone with her parents-in-law. Hers is a story that ends happily in the film, through an exercise of will that goes against accepted morality.

This is the sort of film no reviewer can do full justice to; it is a story touchingly told, and the first half is a delight to watch, rich in bird calls and lush greenery—to watch to the end is to confront our failure as a nation. The film was screened at the Bangalore International Film Festival in January, and the lockdown has delayed its release in cinemas. It’s clear it has a long journey ahead, and will ultimately find a place among India’s classic movies.