Movie Review: Emotion Over Action May Let Salman Khan Fans Down In Bharat

The film relies more on emotions than action which may prove to be a dampener for many of his fans who have grown up watching their macho idol bashing up dozens of goons, bare-bodied, on screen in film after film. 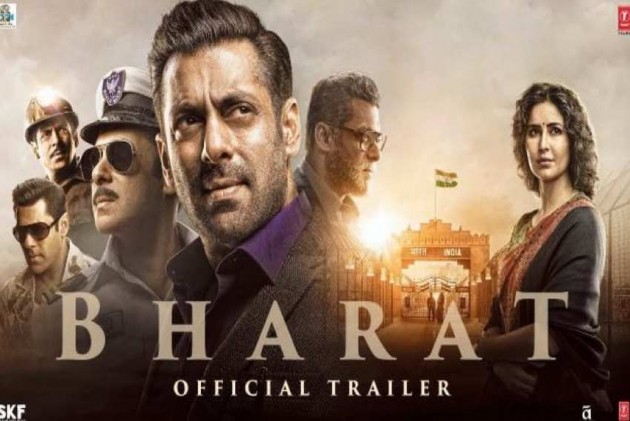 Salman Khan’s admirers have a reason to rejoice. Bharat, his latest Eid release, is not like Tubelight (2017) and Race 3 (2018), which were his back-to-back disasters in the past two years. Director Ali Abbas Zafar’s third collaboration after Sultan (2016) and Tiger Zinda Hai (2017) with the 53-year-old superstar makes you laugh and cry but it is not in the league of his previous blockbusters.

The film relies more on emotions than action which may prove to be a dampener for many of his fans who have grown up watching their macho idol bashing up dozens of goons, bare-bodied, on screen in film after film. For a change, he prefers to emote through his eyes than let his muscles do all the talking.

The film’s emotional quotient is high apparently because it is based on a South Korean drama, Ode to A Father (2014), which had depicted the modern Korean history through the life of a common man. Bharat is a similar tale from the Indian perspective and it narrates the journey of India through the various stages of the life of its eponymous protagonist. It talks about rising unemployment over the decades, the large-scale exodus of the Indian youths to the oil-rich West Asian nations for jobs and the advent of the malls in place of the friendly neighbourhood grocery shops in the post-liberalisation era. In between, it shows women smitten by Nehru and Somalian pirates swooning over Amitabh Bachchan. It also credits Manmohan Singh for having ushered in the reforms and talks about the ascendancy of superstars like Shah Rukh Khan and Sachin Tendulkar. And yet, it primarily remains the story of Bharat, who has to keep a promise to look after his family in his absence, which he had made to his father (Jackie Shroff), before being separated during Partition.

Salman has carried it on his shoulders with aplomb. He is in fine fettle as the 70-year-old man supported ably by the rest of the star cast. Katrina Kaif, as Salman’s live-in companion, has her best role in a Salman-starrer so far and she has risen to the occasion. Disha Patani looks glamorous in a brief role but it is comedian Sunil Grover who, as Salman’s lifelong friend, has stolen the thunder. Veteran Satish Kaushik is hilarious in a cameo, too.

Bharat has its moments and runs at a brisk, entertaining pace till the interval but the narrative falters and fails to keep up the momentum in the second half primarily because of too much emphasis on the tear-jerking scenes. The film’s heart is, of course, in the right place but in the end, it falls short of becoming another Bajrangi Bhaijaan (2015).