Propaganda movie or not, PM Narendra Modi biopic definitely has more than what we already know about his life, especially about the years before he joined active politics. 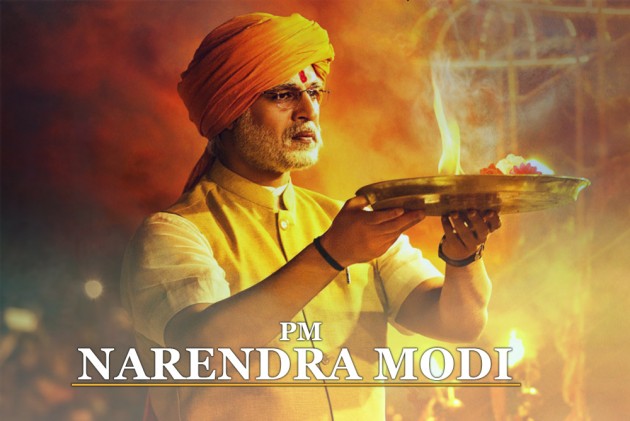 From Rajkumar Hirani’s Sanju (2018) to Rakeysh Omprakash Mehra’s Bhaag Milkha Bhaag (2013), Hindi cinema has often shunned authencity when it comes to making biopics of famous personalities. Some of them have been unapologetic hagiographies over the years, intended primarily to airbrush the protagonist’s character on celluloid, conveniently steering clear of warts and all.

'PM Narendra Modi’ Not A Political Film, BJP Did Not Fund It: Producer Sandip Ssingh

Video: The Ban on the Modi biopic

Director Omung Kumar’s latest, PM Narendra Modi starring Vivek Oberoi in the eponymous role looks no different. But then, it was not supposed to be a dispassionate chronicle of the incumbent prime minister’s eventful life and times in the first place. Far from it, it was made in a hurry in the run-up to the general elections primarily to cash in on the election fever, if not to eulogise a towering leader spearheading the all-important poll campaign of the ruling dispensation. As fate would have it, the Election Commission of India (ECI) decided to stall its release during the elections because of the model code of conduct, apparently under the impression that the film might influence the great Indian electorate.

That, however, may have been a blessing in disguise for the filmmakers. The ECI decision may have upset them at the time but the timing of its release could not have come at a more opportune time for them now. It has hit the screens just a day after the Prime minister Narendra Modi stormed back to power for the second consecutive term. Needless to say, it will benefit its prospects at the box office.

PM Narendra Modi tells the story from the protagonist’s point of view. It is a movie meant to project the prime minister as a decisive leader who has remained committed to the nation’s welfare since his childhood. Basically, it traces the fascinating journey of a poor boy from a tea vendor’s family from Gujarat who rose to become the country’s prime minister in 2014. Based on all the materials available on Modi’s life and political career in the public domain, Omung, the director of the two previous biopics, Mary Kom (2014) and Sarbjit (2016), has managed to make an engaging film even though it features Oberoi in almost every frame and begins with a disclaimer that the filmmakers have taken cinematic liberties to tell his story. But to give credit to him, unlike a few other biopics, it has not sought to black out all the controversial episodes of his political career. The film at least talks about Gujarat riots which occurred during his tenure as the Chief minister, erstwhile PM Atal Bihari Vajpayee’s “Rajdharma” suggestion and even the setting of a special investigation team, which gave him the clean chit. It ends with the dramatisation of a foiled terror plot to kill him at his 2013 rally in Patna.

Propaganda movie or not, PM Narendra Modi definitely has more than what we already know about his life, especially about the years before he joined active politics. It shows how he joined the RSS, how he decided to turn a sanyasi after watching Dev Anand’s 1965 classic, Guide and how he met his spiritual guru in the Himalayas who advised him to return to serve the nation through public life. In one sequence, we also get to know how he has once brought a crocodile hatchling to his house in his childhood.

Performance wise, Vivek Oberoi has done well, simply because he was smart enough not to imitate Modi’s mannerisms blatantly, unlike Anupam Kher in Accidental Prime Minister, released earlier this year, where his act looked caricaturish at times because of his conscious bid to ape Manmohan Singh’s gait and manner of speaking. Veteran Zarina Wahab as Modi’s doting mother and Manoj Joshi as Amit Shah are also good in this film.

At the end of the day, whether you like PM Narendra Modi or not depends entirely on which side of the great political divide you are in at the moment but it is definitely a one-time watch. Whether you see it in awe or amusement is entirely up to you.