Movie Review: Student Of The Year 2 Is Not A Patch On Its Prequel
Advertisement
Home Art & Entertainment

Movie Review: Student Of The Year 2 Is Not A Patch On Its Prequel

Student of the Year 2 (SOTY2), the latest from KJo’s banner Dharma Productions, is another ode to Archie Comics. The same old story, the same old characters and the same old setting, what is, however, new are its fresh faces. 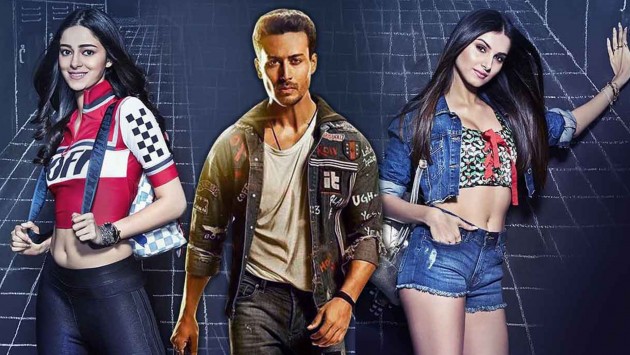 Student of the Year 2

Karan Johar, like many of us from his generation, must have grown up on Archie comics. But while we may have outgrown our adolescent dreams of getting enrolled in Riverdale High kind of a school long ago, he remains hooked on the great American campus fantasy. Apparently inspired by it, his directorial debut, Kuch Kuch Hota Hai (1998) was woven around the characters of Archie, Betty and Veronica. Twenty-one years on, he is still not tired of trying out the same old plot: a triangular romance on an academic institution that looks more like a swanky five-star hotel.

Student of the Year 2 (SOTY2), the latest from KJo’s banner Dharma Productions, is another ode to Archie Comics. The same old story, the same old characters and the same old setting, what is, however, new are its fresh faces. Tiger Shroff plays an underdog Archie from a plebeian school who makes it to the upscale St Teresa campus on the sports quota where his childhood sweetheart Tara Sutaria is already studying. On its campus, he meets a rich spoilt girl Ananya Panday and her brother, played by Aditya Seal, who happen to be the children of the school’s trustee.

It’s, of course, a story which has been told by Bollywood film-makers numerous times in the past. Hence, if your idea of entertainment is a movie with a fresh storyline which will make you pause and think hard long after you have seen it, SOTY2 is certainly not your cup of tea. But if you don’t mind spending an evening with your family and kids for a fun-filled, bubbly kind of a film, there is no harm in watching it.

Performance wise, Tiger Shroff has done well, as expected, in action and dance sequences but he needs to work harder on the romantic scenes. Debutantes Tara Sutaria and Ananya Panday have the requisite screen presence. Both of them look pretty and glamorous in keeping with the demands of the script. Panday, daughter of actor Chunky Panday, in particular, looks promising and so does Aditya Seal, who plays the Riverdale’s Reggie on St Teresa’s imposing campus.

But it is not merely a tribute to the Archie Comics. It is also inspired greatly by Mansoor Khan’s 1992 movie Jo Jeeta Wohi Sikandar. However, while the Aamir Khan starrer was all about a cycle race, SOTY2 revolves around our desi sport kabaddi. Still, it is no patch on either Jo Jeeta Wohi Sikandar or its own 2012 prequel, Student of the Year, which had catapulted Alia Bhatt, Varun Dhawan and Siddhartha Malhotra to stardom. Compared to the original which was directed by KJo himself, SOTY2 has a weaker script and screenplay and its director Punit Malhotra has sought to rely too much on the original in its treatment. Right from the word, it reminds the viewers of the first movie from the SOTY franchise.

In a nutshell, if you like to see realism and true-to-life characters on screen, SOTY2 is certainly not for you. But if you are game for a typical Bollywood film with lots of fight scenes and colourful song and dance sequences, it will not let you down. All you have to remember is that it is a light-hearted film from Karan Johar’s production house. It’s thankfully, not like his recent dud Kalank (2019), but it is not a Nil Battey Sannata (2015) kind of movie either.