Moving To Indian Hinterlands: How Narratives In Indian Titles Have Moved On From Metros To Smaller Cities And Towns

Owing to the large viewership from tier two and tier three markets, big production houses and OTT platforms have realised the importance of tapping extensively into hinterland stories that are constantly looking to engage their audience with different genres. 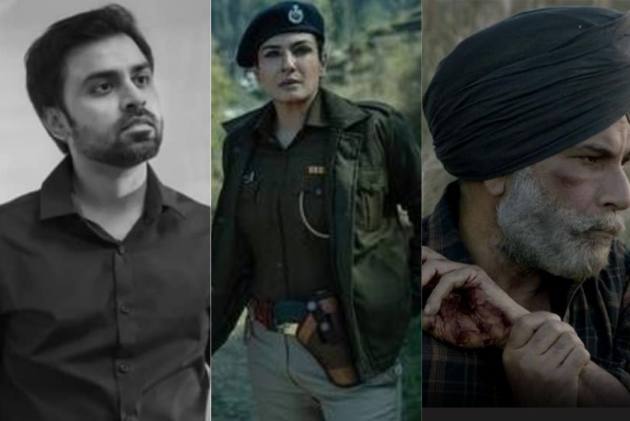 One of the many things that the rise of OTT platforms has done is tell more stories from the hinterlands of India. Popularity of shows like ‘Aranyak’, ‘Gullak’, ‘Tabbar’, ‘Kota Factory’, ‘Panchayat’, ‘Rasbhari’, ‘Bandish Bandits’ amongst many others which are all set in small towns and cities in India is helping makers toy with genres and as a result, varied narratives have emerged under the larger umbrella of the small-town genre.

“I think it’s always exciting for an audience, to you go into a particular environment, which is not exposed very often. You show stories of people who are living that life in that milieu, that set up and that has the smell of authenticity for them, it gets exciting, because they are stories, which were never explored before. Like, people have seen a lot of stories based in Bombay and Delhi,” says Sidharth Roy Kapur, one of the producers of the recently released show ‘Aranyak’ on Netflix, starring Raveena Tandon, Parambrata Chatterjee, and Ashutosh Rana.

Within 48 hours of its launch, ‘Aranyak’ was in the Top 10 shows on Netflix in nine countries and the No. 1 Show on Netflix India. Two days later, it also broke into the Global Top 10 shows on Netflix at No. 10 and climbed to No. 8 spot, a day later. The success also bodes well for the OTT platform, and the series also further validates the growing trend of makers wanting to tell stories from smaller towns, since they are resonating more with the audiences.

“In ‘Aranyak’s case, to go to a hill station to talk about lives of people there, a female cop, who is constantly juggling, between her daily chores at home and a hard-a** cop. You always hope for the kind of reaction. Every creator gets happy when they get the sort of reaction they hope for. It’s so gratifying when it happens. It feels great that ‘Aranyak’ too, got appreciation from a complete cross-section of society,” adds Kapur.

The production values of such shows and stories, too have increased manifold. And is almost at par, if not better than some of the most popular international productions. The soundtrack of last year’s show ‘Bandish Bandits’, which was set in Jaisalmer in Rajasthan, by Shankar-Ehsaan-Loy became chartbusters and opened up a new avenue for Indian content - the musicals. ‘Tabbar’ streaming on SonyLiv, was one of the top 10 international shows in 2021, by the American entertainment magazine, Variety.

Another show that caught the eye of audiences and critics alike is Sushmita Sen’s ‘Aarya 2’, which has been shot in Rajasthan. “Happy that stories from all over India and various languages are being told, we as a country are unique that way- The digital, internet connectivity and the arrival of so many platforms has makers getting to write stories for a wider reach - it is amazing we saw this effect at Ram Madhvani films with our two features Neerja, Dhamaka and with web series Aarya Season 1 and 2,” says Amita Madhvani, co-producer at Ram Madhvani Films. “This is a great time for actors from all over India and globally to collaborate in fact for us to tell stories we can now tap within a wide range of talent and it is exciting for the actors and makers,” she adds.

While the growth trajectory for small towns had begun before the pandemic, they continue to grow at a faster rate than metros with audiences having gotten introduced to OTT streaming content during the lockdown and certain entertainment formats like movies in theatres were not available. Easier access to the Internet and technology these days has made OTT one of the main sources of entertainment. The majority of viewers are primarily Hindi speaking, and belong to smaller towns of the country, with several platforms seeing a nearly-100% year-on-year growth in the hinterland. This popularity of telling stories from small towns has even pushed makers to tell such stories in films as well.

“I believe post the OTT boom, the producers have realised that stale TV or film formulas are not working anymore. The audience is becoming aware due to international content that they are watching and they demand more stories with novelty. So, the industry observed some recent successes from ‘Dum Laga Ke Haisha’ to, ‘Newton’, Tanu weds Manu, etc. At the same time, they realised regional industries doing much better in rural stories. Now thankfully this has taken us back to literature and non-urban stories,” says filmmaker Ashish R Shukla, who directed the comedy film, ‘Bahut Hua Samman', which was released last year.

The change in focus has also meant that that the role of casting director has become crucial in getting the right actors for the story and this period has become a blessing for actors who were not fitting the urban stories and were moving to TV etc.

“I personally make sure that whenever I cast, I get most of the actors from same region for the flavor. So that I don't need to work a lot on diction. And it also helps in improvising during group scenes. So, if I have a project based in Banaras, so I'll cast mostly from UP, MP, Bihar, Jharkhand, etc. If I'm doing Manali or Nainital then from Himachal, Uttarakhand, Punjab. If Haryana, then from Delhi, Haryana, Punjab, Rajasthan, etc. This minimises my diction work. Thankfully the star system is being challenges constantly by good actors so we are getting regional lead actors as well,” Shukla adds.

Bidita Baig, is one of those actresses who have had a new lease of life thanks to this newfound enthusiasm from makers and production houses to look for actors who can empathise with the on-screen characters, rather than glorify them.

“It's great that we r exploring stories from 2-tier, 3-tier cities, and rural India. So much relief from formula Bollywood films, those typical rich-girl-poor-boy stories which Bollywood has seen for the longest time. So many new path-breaking stories we are getting to see. For an actor, it's exciting to come out of their comfort zone, take new challenges with every new project. I get to speak so many different dialects,” she says.

This inflow of users from smaller towns has dramatically increased during the pandemic. Small Indian towns have become growth drivers for streaming platforms with people staying home as covid-19 cases mount, contributing to nearly 40% of overall consumption across video-on-demand services. Ranchi, Lucknow, Varanasi, Vadodara, Vizag, Vijayawada are some towns picking up pace in viewership as Internet and smartphone penetration grow.

Investments in mass-market programming, availability of regional language shows and dubbed content is driving viewership beyond the Hindi-speaking populace while pre-paid bundled telco packages help. The supply is also being determined by the demand. A huge audience has opened up in tier 2 towns for the streaming platforms, riding on the omnipresence of mobiles and the growing spread of 4G networks.

“The general consciousness of the public is evolving. We're turning to our roots, we're more open to exploring narratives from different perspectives, and our ability to empathise collectively had grown. It's hard to live in your own confirmation bias when you have access to the world through social media. We're interested in a story if it's relatable or if it's bizarre enough to stoke our interest,” says filmmaker Abhishek Pathak, who has worked on several films such as ‘Drishyam’ and ‘Raid’.

“The entertainment industry is exploding with talented actors from across cultures. The process of casting becomes easy because the production is not bound by conventions,” he adds.