'Jersey' actress Mrunal Thakur revealed in an Instagram story that she has tested positive for Covid-19. 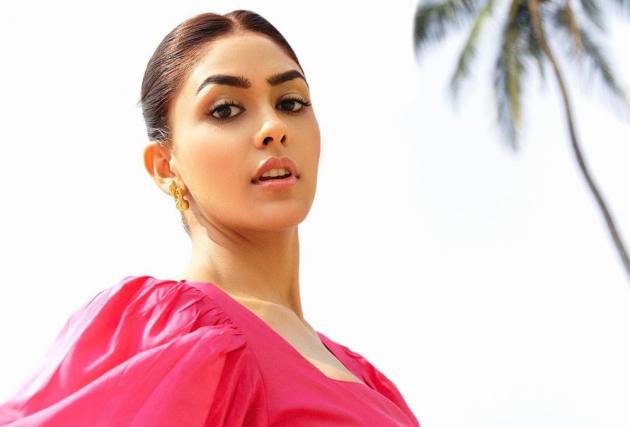 Bollywood actress Mrunal Thakur has tested positive for Covid-19 as she took to social-media to inform her fans and well wishers about the same.

The actress revealed in her Instagram story that she has mild symptoms and that she has isolated herself. The 'Super 30' actress also requested the people who came in contact with her to get tested and urged everyone to stay safe.

Earlier this week, the release date of Thakur's upcoming movie ‘Jersey’ alongside actor Shahid Kapoor was postponed amid Covid spike.

In an official statement, the makers shared, "In view of the current circumstances and new covid guidelines we have decided to postpone the theatrical release of our film Jersey. We have received immense love from you all so far and want to thank you all for everything. Until then everyone please stay safe and healthy, and wishing you all the best for the new year ahead!! Team Jersey!!”

2021 has been a hectic year for Thakur. She was seen in the film ‘Toofaan’ with actor Farhan Akhtar. The actress then essayed the role of a news reporter in ‘Dhamaka’ alongside Kartik Aaryan. She is best known for her performances in films like 'Super 30', 'Batla House', 'Love Sonia', 'Ghost Stories', and others.

Thakur has a number of projects planned for the year 2022. In the official Hindi remake of 'Thadam,' she will play the leading lady. In this entertainer, she will share screen space  alongside actor Aditya Roy Kapur. She will also starr in 'Aankh Micholi,' a film starring Abhimanyu Dassani, Sharman Joshi, Paresh Rawal, and Divya Dutta.