My heart will always be heavy. But I'll always be smiling because it has you in it, Janhvi Kapoor wrote on Instagram, alongside a picture of her sitting in her mother's lap holding hands. 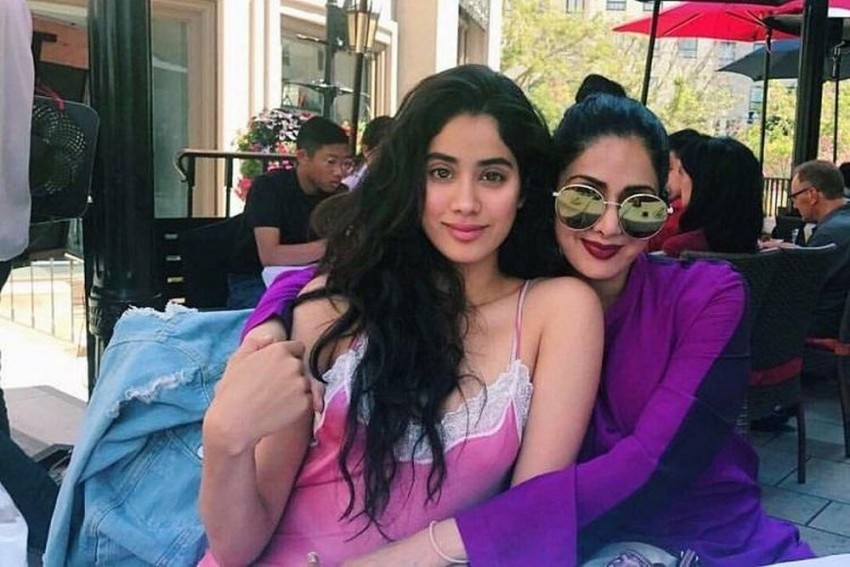 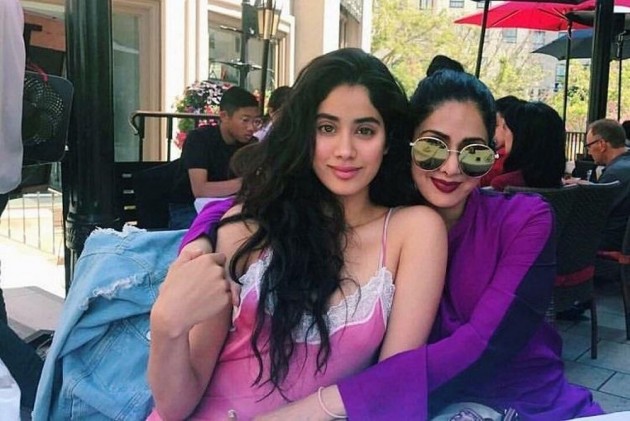 A year has gone by since the Indian film industry lost its first female superstar, Sridevi, and on her maiden death anniversary daughter, actor Janhvi Kapoor says her heart still feels heavy.

Janhvi, who made her acting debut last year in July with "Dhadak", says her mother will always be there in her heart.

Sridevi passed away, aged 54, due to accidental drowning in a Dubai hotel on February 24, 2018. Her sudden death left family, friends and thousands of fans in a state of shock.

"My heart will always be heavy. But I'll always be smiling because it has you in it," Janhvi wrote on Instagram, alongside a picture of her sitting in her mother's lap holding hands.

Sridevi's sister-in-law, designer Maheep Kapoor shared a series of pictures with the actor on Instagram and wrote, "Will always remember the good times."

In an impressive career, spanning five decades, Sridevi dominated the commercial space in cinema in the '80s and '90s. She reversed the trend of the male-dominated film industry by her acting prowess. Her name guaranteed a film's success.

She started acting at the age of four and made her debut in 1969 with M A Thirumugham's Tamil film "Thunaivan". She continued working in Tamil, Telugu, Malayalam and Kannada movies but became a national film icon courtesy her Bollywood films.

Sridevi made her Hindi film debut as a child artiste in 1975 hit "Julie" and continued ruling the South Indian film industry where she established herself as a leading heroine with films such as "16 Vayathinile", "Sigappu Rojakkal", "Meendum Kokila" and "Moondram Pirai".

In Bollywood, she made her debut as a lead actor in 1978's "Solva Sawan" and followed it up with a number of commercial hits such as "Himmatwala", "Mawaali", "Tohfa", "Mr India", "Chandni", "Lamhe", "Nagina" and "Khuda Gawah" among several others.

"Still can't get over that this bundle of life, of energy, of love, left us when she has so much much more to give," he wrote.

Sridevi took a break from acting after 1997 film "Judaai" to focus on her marriage with producer Boney Kapoor and daughters Janhvi and Khushi.

She made a successful comeback 15 years later with Gauri Shinde's "English Vinglish".

The actor also had a starring role in 2015 Tamil film "Puli" and followed "English Vinglish" with another successful outing 2018's "Mom", which was her last film. She also won a National Award posthumously for her performance in the movie.

Shinde remembered Sridevi as the "biggest talent" on earth.

"I miss her laughter, miss her saying my name 'Gauuuurrri' only she said it in this unique way. I miss her calls, our dinners, her warm hug. (I) Miss the biggest talent that there was on this earth," the director told PTI.

Veteran actor Shabana Azmi took to Twitter and wrote, "A year already. #Sridevi. You will live on through your work."

"Fondly remembering Sridevi, legendary actress, on her death anniversary. She is gone too soon," Banerjee wrote on Twitter.

Choreographer-turned-filmmaker Farah Khan said Sridevi has been her source of motivation from the beginning of her career.

"She was so supportive, so encouraging, getting to choreograph a Sridevi show or a song for her was like a dream. No wonder I never got awed or starstruck with any other star in my entire career because I started from the TOP! There never was and never will be anyone like SRIDEVI... Love her always," she wrote alongside a picture from a early '90s world tour with the actor.

In her Instagram Story, Shilpa Shetty shared a picture with Sridevi and wrote, "You are in our thoughts. RIP."

Remembering Sridevi: It'll Never Ever Register She Is Not There, Says Anupam Kher