Actor Nagarjuna commented on the ticket prices in Andhra Pradesh ahead of the release of his film, 'Bangarraju'. 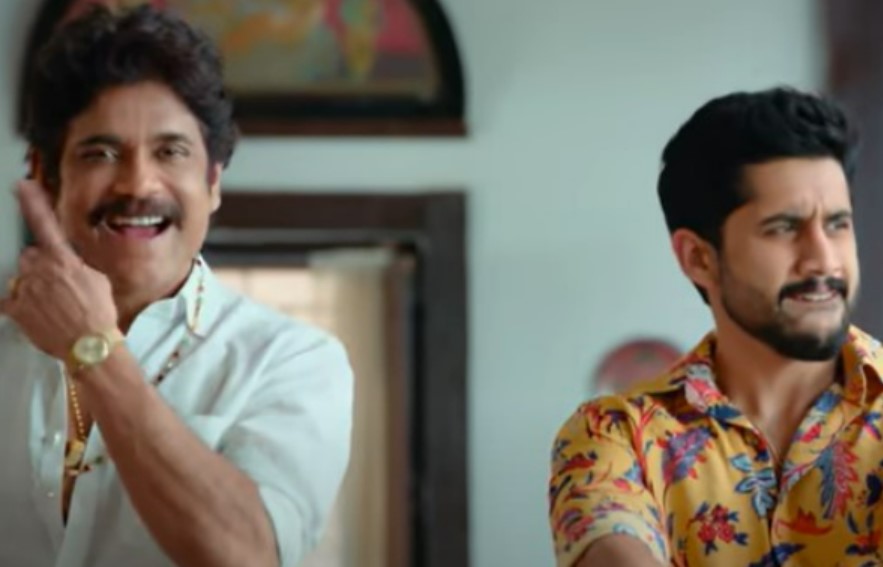 When actor Nagarjuna was asked if he had any problems releasing his film at a time when ticket prices are at the lowest in Andhra Pradesh, he said: “I have no issues. If tickets were priced higher, we’d make some more money. But I don’t have any issues as far as my movie is concerned.”

Here's the teaser of the much awaited film 'Bangarraju':

The teaser for the film was released on the occasion of the New Year. Actresses Krithi Shetty, Ramya Krishnan and actors Rao Ramesh, Bramhaji, and Vennala Kishore star in the film, which is directed by Kalyan Krishna. This film is produced by Akkineni Nagarjuna under his own Annapurna Studios banner in collaboration with Zee Studios.

Actor Akkineni Nagarjuna latest comment on the ongoing ticket pricing issue in Andhra Pradesh seems to have not gone down well with his fans. He has said that he has no issue with the ticket pricing as far as his movies are concerned.

Fans have reacted to the same. A well wisher said that the message had a lot of clarity on the rates for the tickets and was devoid of political issues.

Full clarity on ticket rates
Full clarity on where to speak and when to speak
Didn't brought any political issues on filmy event
Nice gesture from #Nagarjuna garu https://t.co/voy2QxQga4

Another user, however was not satisfied with the same and wrote,

If "Darpuk" has a face in TFI
That is #Nagarjuna

When people like @RGVzoomin talking extraordinarily about the issue

I hope distributers shouldn't show intrest on his movies#TFI #theaterrates

Another user showed disappointment with the Tamil film industry and wrote,

Today it has been proven that telugu film industry has no unity. Change your stands @RGVzoomin. #Nagarjuna

On the other hand, small budget films were bought into light in comparison to the remarks made by Nagarjuna.

Nagarjuna Akkineni announced the film’s release date in a press meet held in Hyderabad on Wednesday. Talking about the release date of the movie, the actor  said: “We had not planned this release date earlier. 'Bangarraju' is a star-studded movie. We weren’t quite sure about having the film ready for a festival release. It was just yesterday we decided to go ahead and release the movie on 14th January only after getting clarity from our technical and post-production teams. If everything goes smoothly and perfectly without any Covid-related disturbances, we will release it on January 14.”