Naseeruddin Shah: Have Done Everything I Wanted, Don’t Have Any Desires Left

Naseeruddin Shah, also expressed gratitude for his lengthy career in the Hindi film industry, saying that many at the Film and Television Institute of India (FTII) thought he would fail. 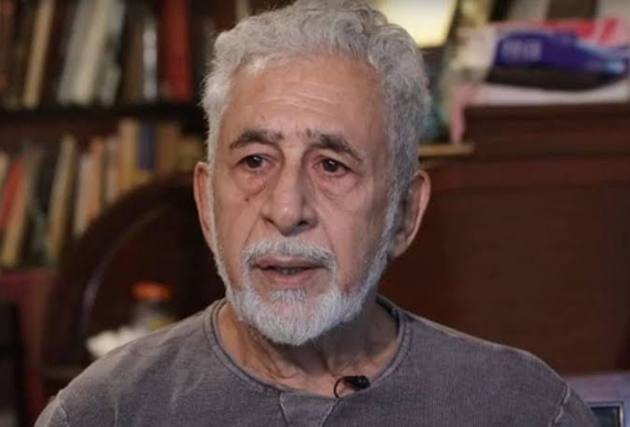 In his 45-year playing career, veteran actor Naseeruddin Shah remarked on Thursday that he had crossed off practically all of the parts he wanted to play.

Shah is regarded as a Hindi cinema stalwart, having appeared in films like 'Nishant,' 'Ishqiya,' 'Mandi,' 'Jaane Bhi Do Yaaro,' 'Woh Saat Din,' 'Sarfarosh,' 'A Wednesday,' 'Maqbool,' and many others.

According to a report by The Indian Express, the 71-year-old actor said, “I have done almost everything that I decided to do as an actor, I don’t really have any such desires left.”

In the late 1980s, he appeared on television in the DD programmes 'Bharat: Ek Khoj' with regular collaborator Shyam Benegal and 'Mirza Ghalib.' 'Yun Hota To Kya Hota' was Shah's feature directorial debut in 2006.

“I want to be part of projects which will be fun and I feel have a chance of being remembered, which says something more than just a simple story. I have had plenty of opportunities in my career for which I am extremely grateful,” he added.

He has directed plays written by Lavender Kumar, Ismat Chughtai, and Saadat Hasan Manto, among others. He also leads Motley Productions, a theatre company he co-founded with Tom Alter and Benjamin Gilani in 1977. Shah made his digital debut with the Amazon series 'Bandish Bandits' in 2020, keeping up with the trends.

Now, the actor is preparing for the release of 'Kaun Banegi Shikharwati,' another web series.

The multiple-award winning-actor was speaking at the virtual trailer launch of Kaun Banegi Shikharwati, billed as a “unique take on a dysfunctional royal family”.

Shakti Kapoor was the best acting student in his batch, according to Shah, who graduated from the Film and Television Institute of India (FTII) in the late 1970s.

Shah, who is also a National School of Drama (NSD) alumni, expressed gratitude for his lengthy career in Hindi film, saying that many at the FTII thought he would fail.

“When I was studying at the film institute, I was this student who was given the least chance of succeeding in the film industry."

“As it turned out, I am one of the few who has survived from the class. I am one of the two, the other is Shakti Kapoor. It is not a joke, it is a fact. Shakti was one of the best students in the class and I was the backbencher,” he told reporters.

'Kaun Banegi Shikharwati' is directed by Gauravv Chawla of Baazaar fame and Ananya Banerjee and produced by Applause Entertainment in collaboration with Emmay Entertainment.

The series will premiere on ZEE5 on January 7.