Naseeruddin Shah recently shared a discussion with Irrfan Khan, revealing that he "knew for almost two years that it was going to happen." 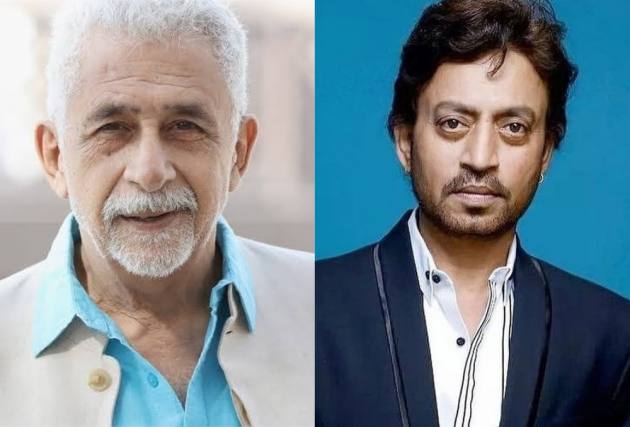 Fans and acquaintances in the film industry were shocked by actor Irrfan Khan's unexpected death. At the age of 53, the actor passed away. Actor Naseeruddin Shah recently shared a discussion with Irrfan Khan, revealing that he "knew for almost two years that it was going to happen."

In conversation with Indian Express, Shah said, “That was a unique thing because Irrfan knew for about two years that it was going to happen. I spoke to him several times over the phone even when he was in the hospital in London. It was amazing and it was a real lesson how he dealt with it. He would say: ‘I am observing death approaching me and how many people get that opportunity? To be able to see this grim reaper coming towards you and you are almost welcoming him.”

He further added, “Of course, it was a terrible loss. But it was not in our hands. It was just your bodily machinery shutting down. You don’t have any control over it.”

Sutapa Sikdar, Irrfan Khan's widow, recently paid tribute to him as the late actor's 2017 film 'Qarib Qarib Singlle' celebrated its four-year anniversary. Sikdar remembered Irrfan by saying, "Some journeys abruptly stop." Irrfan had published the critics' reaction to his film 'Qarib Qarib Singlle' on Facebook in 2017, according to Sikdar. Along with it, she wrote, “When the sleep disorder still continues even after one and a half year. And FB opens the flood gate of memory a new one each day and sahir saab says ‘tum hote toh yeh hota” as Irrfan really wanted to recite this poetry once somewhere.”