Producer Shareen Mantri Kedia says the response she has been receiving from the audience for their Marathi film ‘Anand Gopal’ has been overwhelming. 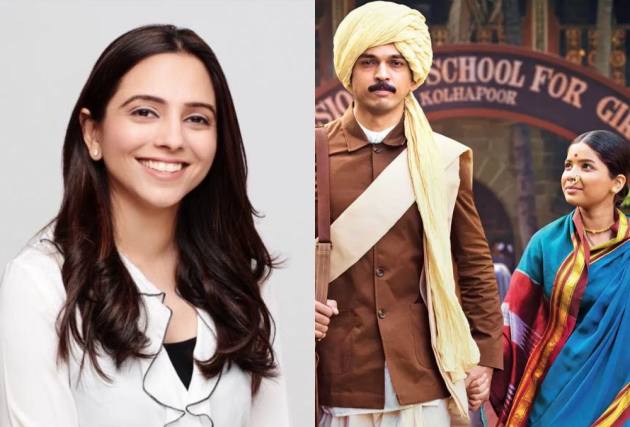 After winning two National Film Awards for Best Film on Other Social Issues and Best Production Design, Shareen Mantri Kedia, one of the producers for the Marathi film ‘Anandi Gopal’ is “ecstatic” about the awards for the film.

“We are ecstatic to receive two National Film awards for ‘Anandi Gopal’. The response we have received on ‘Anandi Gopal’ from across the globe is overwhelming and we glad we gave space for a story like hers to be heard and seen,” she said.

‘Anandi Gopal’, starring Bhagyashree Milind in the titular role, traces the journey of India’s first lady doctor and the man behind her, Gopalrao Joshi, played by Lalit Prabhakar.

“We are thrilled to add two more awards to our bouquet of wins on ‘Anandi Gopal’. Receiving two National Film Awards for the movie is an honour and we are thankful for all the love we have received for this movie,” she added.

Meanwhile, Kedia has two Bollywood projects ahead starring Yami Gautam and Kartik Aryan, respectively, along with a biopic on the late Phoolan Devi.

“We have back-to-back projects lined up currently. While we finished shooting for LOST with Yami in August, we have an upcoming film with Kartik Aryan in collaboration with Sajid Nadiadwala. We are also thrilled to adapt Phoolan Devi’s story into a biopic. Next year is already looking exciting!” she said.

'Antim' Actor Aayush Sharma: I Used To Keep Apologising To Salman Khan After Our Fight Sequences

Nitu Chandra: I Carry My India, Wherever I Go And That Is Why I Chose To Wear Saree