The movie is directed by Mahesh Babu P and backed by UV Creations. 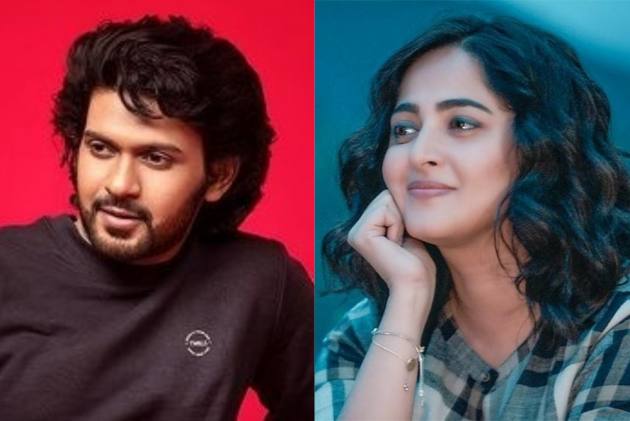 Actor Naveen Polishetty said on Sunday that he will work on a Telugu film with 'Baahubali' heroine Anushka Shetty. On Polishetty's 32nd birthday, the actor's casting in the as-yet-untitled film was announced.

The movie is directed by Mahesh Babu P and backed by UV Creations.

The official Twitter handle of UV Creations announced Polishety's casting in the film and also wished him a happy birthday. Take a look at their tweet here:

The 'Jathi Ratnalu' star shared the tweet and wrote that he was thrilled to team up with Shetty for the project.

"Super excited to announce my next film with @UV_Creations And mighty excited to work with @MsAnushkaShetty, who is one of my fav actors :) Directed by #MaheshP. Thank you so much for the all birthday love coming in," he wrote.

Router fix chesesaru office lo :) Super excited to announce my next film with @UV_Creations. And mighty excited to work with @MsAnushkaShetty who is one of my fav actors :) Directed by #MaheshP . Thank you so much for the all birthday love coming in âÂ¤ï¸Â https://t.co/kglLgLcw9s

On her 40th birthday on November 7, Anushka Shetty had announced her collaboration with Mahesh Babu P. Anushka Shetty wrote, "With all the birthday wishes & love that is being cherished upon, I am happy to announce my next movie to you all. My next is with Director #MaheshBabuP and @uvcreationsofficial. Smile Always, Always Forever."

Polishetty made his debut as a lead in 2019 with the Telugu comedy-thriller 'Agent Sai Srinivasa Athreya.' The same year, he made his Hindi debut with Nitesh Tiwari's National Award-winning film 'Chhichhore.' In 2021, he starred in the comedy film 'Jathi Ratnalu,' which emerged as a major successful film at the box office.