Nawazuddin Siddiqui: I Don’t Have Any Friends In The Film Industry, It’s All Just Professional Relationships

Emmy-nominated actor Nawazuddin Siddiqui recently spoke to Outlook about how he doesn’t have any friends in the film industry and that’s why he doesn’t find it difficult to say ‘No’ to films. 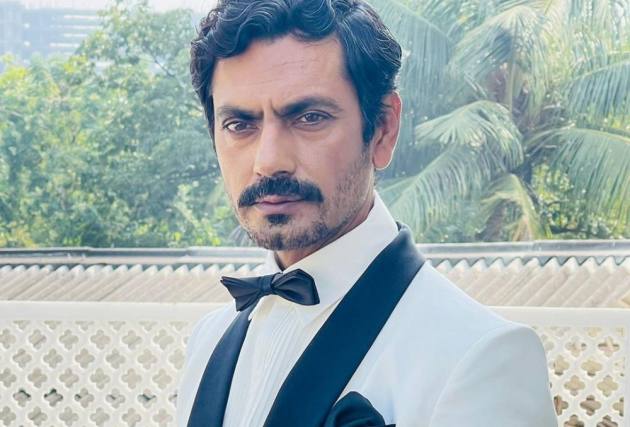 Actor Nawazuddin Siddiqui is one of the most popular actors of Bollywood today. Not only does he win popular awards, but he also manages to win over critics with his stellar performances. His professionalism is something that everyone vouches for. He has been nominated for one of the most prestigious global awards, the International Emmy Award, which is set to happen in some time. He has been nominated for his Netflix film ‘Serious Men’. All through the pandemic, he has been winning accolades for numerous of his performances, and if he wins the Emmy, it would be another feather in his cap.

While on one hand, he has been winning hearts of all, he recently spoke to Outlook about how he doesn’t have friends in the film industry. He also speaks up about how he doesn’t find it difficult to say ‘No’ to projects that he doesn’t like irrespective of whether it has a big star’s name attached to the project. Excerpts from the candid chat:

You have been working in the film industry for so long. You must have made many friends…

(Cuts in) I don’t have any friends in the industry. I only have professional relationships and it’s nothing more than that.

Is it difficult to say ‘No’ to friends or say, a big star, when they approach you with a film script?

It is very easy for me to say ‘No’. I just say ‘No’ without any hesitation. I don't trouble myself with these things. I only do films that I like and feel like doing. I am never in the awe of any big star. I am only in the awe of my character. Whether or not I will be able to play that character properly, that’s more important for me.

So, what's your process when it comes to selecting a script?

I like the scripts which are different and unusual and which forces me to think differently or rather uniquely. So, I am fonder of those types of characters and not the usual regular ones like the ones in commercial films which have a hero, a heroine and a villain and then the supporters of the hero who keep praising him. I don't usually find the spark in these kinds of characters.

Do you feel the audience has grown with time?

Yes, of course, the audience has grown a lot with time. The last two years of the pandemic has initiated a lot of growth in the audience because for the first time they had the cinema of the whole world in front of them. They got educated. I just wish that with the growth of the audience the people of our industry should also grow. The audience cannot and should not be underestimated. Especially after these two years, because now they are aware of everything as they are seeing cinema from across the world.

Do you feel that characters today have more fan-following than the quintessential heroes?

Which film, according to you has changed your life?

Also Read: Nawazuddin Siddiqui: It’s Not A Rule That Masala Films Are Meant For Theatre Only And Not OTT