Nawazuddin Siddiqui Used To Text Himself 'Call Me, Subhash Ghai' To Cheer Up

Nawazuddin Siddiqui recounted an occasion wherein he messaged himself, claiming it was from Subhash Ghai, to improve his mood. He stated that he did this after coming to Mumbai. 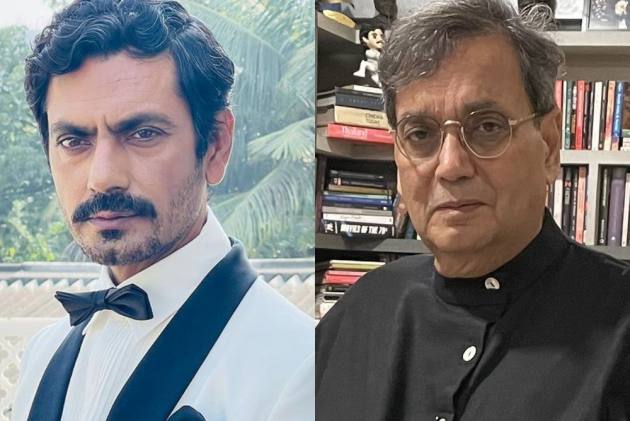 Bollywood actor Nawazuddin Siddiqui recounted a moment in his life when he would message himself on his pager believing it was from film director Subhash Ghai to brighten his mood. In a new interview, he stated that he did this and even demonstrated it to others after moving to Mumbai to pursue his aspirations.

According to a report by Hindustan Times, Siddiqui said, "I didn’t start off wanting to be an actor. I wanted to go into the mountains after completing my education and become a monk. I even visited Dharamshala for a few days… It was only after someone took me to watch a play during my graduation that I become fascinated with acting…"

He added, "I had worked as a watchman and as a chemist, but realised that the 9-to-5 life wasn’t for me. So I moved to Mumbai to pursue my dreams, but there wasn’t much work to speak of. On days when I needed to perk up my mood, I’d message myself on my pager saying, ‘Call me, Subhash Ghai’. I’d even show it to others to amuse my heart!”

Siddiqui most recently appeared in the Netflix film 'Serious Men.' It was a satirical drama film based on the same-named novel by Manu Joseph. He is now working on various projects, including 'Jogira Sara Ra Ra' and 'Heropanti 2,' 'Tiku Weds Sheru,' 'Adbhut,' and 'Sangeen.'

With 'Patang,' Nawazuddin Siddiqui made his Bollywood debut. He went on to appear in a number of films, including 'Peepli Live,' 'Kahaani,' 'Gangs of Wasseypur,' 'The Lunchbox,' 'Bajrangi Bhaijaan,' 'Manjhi - The Mountain Man,' 'Raman Raghav 2.0,' and 'Manto.' He also appeared in the Netflix series 'Sacred Games.'