Nawazuddin Siddiqui: We’re Running After Work To Earn Money, But We Forget To Live Our Lives

Actor Nawazuddin Siddiqui speaks up about how people are always running after work to earn more and more money, but in the process, forget to live their lives, and suddenly one day just dying leaving everything for someone else to enjoy. 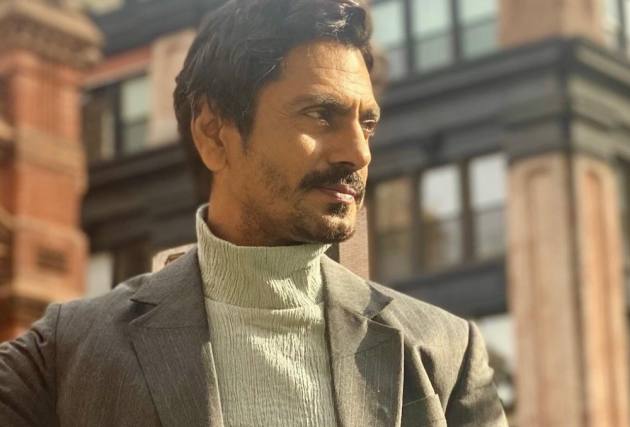 Actor Nawazuddin Siddiqui recently won the Filmfare OTT Award for ‘Serious Men’. This was his second back-to-back win after ‘Raat Akeli Hai’ last year. The actor had also been nominated for an International Emmy Award for ‘Serious Men’, and his film ‘No Land’s Man’ received thunderous applause after being screened at the prestigious Busan Film Festival. The years of the pandemic seem to have been quite satisfying for Siddiqui.

In a recent chat with Outlook, Siddiqui speaks up about his learnings through this pandemic, doing more than just common man characters, the classification between actors and stars, his idea about luck, and the best and worst things about this profession. Excerpts from the heartfelt chat:

The pandemic and the lockdown have been bad for the film industry, but you've managed to have 3-4 releases and even won awards. Do you think it has been a good two years for you as an actor?

What has been the biggest learning for you in this pandemic?

I learnt that our life is the most important for us. We are always running after work to earn money, but we forget to actually live our lives in the process as we spent our whole life working. There comes a point where we suddenly are no more, and someone else receives the benefits of the money we earn and we end up realising that we were just slaves who were born to work. So, what I am trying to suggest is that one should live their lives to the fullest, in the best way possible instead of dreaming about useless things. We should live in the moment so that at the end of our lives we are left with no regrets.

You changed the way the audience sees a Bollywood hero. But do you think this also became the reason people stereotyped you in certain kinds of roles of a common man?

This is weird because I also play the role of a billionaire. Even in the film ‘Heropanti 2’, I am playing the role of a billionaire. I play not just the role of a common man but also of high-status characters. I have played different kinds of characters. Was Balasaheb Thackeray just a common man? Was Manto just a common man? What you are saying is the language of commercial films, which portrays that a hero should have certain fixed characteristics. This mindset is made by them to keep them comfortable. For instance, ten people sit and decide which girl is the most beautiful and most eligible to become Miss India, but then I would say that other girls who are not even part of the contest are very beautiful. Judging someone on the basis of a particular tag is very common, but wrong. People's opinions may differ and so can their choices. I find it weird when people categorise as stars should only be this way, actors should only be this way and the common man should be this way. It doesn’t happen that way.

Do you have a problem with the star culture in India?

As an actor, do you have a fair idea whether a film that you are probably shooting would work or not?

No, not at all. The producer and the director of the film should have that idea. I am only interested in the character that I have to play. My work is all about playing the character assigned to me with hard work, dedication and honesty. Whether the film would work or not or whether it would be a hit at the box-office is not my work to think about.

Do you think you have achieved the level of stardom that you wanted?

I did not think about reaching a particular point. It was always about me wanting to act and play different characters, be it in theatres or below a tree or on trains, or anywhere else. I never thought of being a star or being famous. It was always about acting for me. I was never very career-oriented. Neither was I back then nor am I now. I just love to act, irrespective of the place or the medium.

Do you believe in luck?

What's your take on the whole thing about luck where people add extra letters to their names?

Maybe it works for others, but I personally don't believe in such things.

What is the best and worst thing about being an actor?

Mostly there are good things. The best part is that one gets to live several lives in one lifetime. The bad thing about being an actor would be that it is a very sensitive line. Several things like controversies happen, even though you might have zero involvement in the thing, but you’re made to look like a convict.