Satish Maneshinde, Rhea Chakraborty’s lawyer, says that the entire NCB was engaged in unearthing a drug angle in Bollywood, but there is hardly any material against any known faces who were paraded during the investigations. 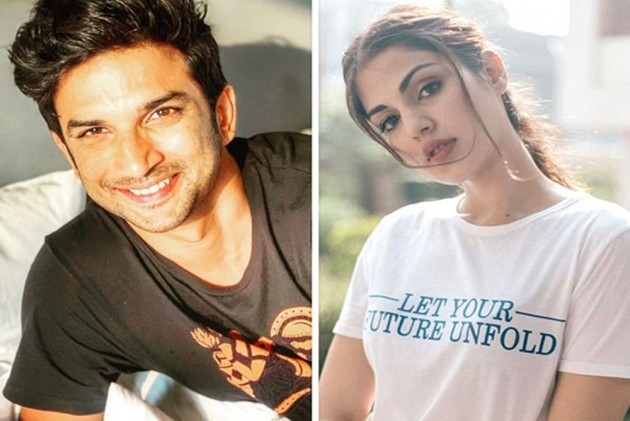 The NCB chargesheet accuses Rhea Chakraborty of being part of a ‘drug syndicate’ and claims she was part of a conspiracy to procure and supply drugs. The charge, under Section 27A of the NDPS Act, attracts a minimum sentence of 10 years and a maximum of 20 years in jail.

Rhea Chakraborty’s lawyer Satish Maneshinde said, “The 12,000-page chargesheet was expected. All efforts of NCB have been directed towards Rhea Chakraborty to somehow rope her in. The entire amount of Narcotic Substances recovered against 33 accused are nothing compared to what even a Constable in Mumbai Police or Narcotics Cell or the Airport Customs or other agencies recover from one raid or trap.”

Maneshinde questions, “The entire NCB from top to bottom was engaged in unearthing a drug angle in Bollywood. There’s hardly any material against any known faces who were paraded during the investigations, I wonder why?”

He explained that either the allegations were false or only God knows the truth. Maneshinde states, “The chargesheet is a damp squib standing on the foundation of Inadmissible Evidence and Statements recorded under section 67 of the NDPS Act even after the Supreme Court Judgement in Toofan Singh Judgement. Without Rhea Chakraborty being charged this case has no substance. The HC has found no prima facie material at the stage of Bail of alleged ‘Financing Drugs Trade’. We will have the Last Laugh.”

According to reports, NCB has now alleged that since, in November 2019, delivery of drugs was made at Rhea’s residence with her consent, she had “facilitated her house” (sic) to Sushant Singh Rajput, her boyfriend, for the consumption of drugs. “She has provided funds for the purchase of drugs; thus, she has financed an activity related to illicit drug dealings. Rhea Chakraborty has facilitated a channel of supply of drugs with the help of her brother Showik Chakraborty...,” NCB said.

The Narcotics Control Bureau (NCB) named 33 people, including actress Rhea Chakraborty and her brother Showik, in a chargesheet filed before a special court in Mumbai. The document is 12,000 pages and has statements recorded of more than 200 witnesses. Those named in the case include Kshitij Prasad, former executive producer of Dharmatic Entertainment; Deepesh Sawant, a member of Sushant Singh's domestic staff; suspected drug dealers Zaid Vilatra and Abdel Basit Parihar and Samuel Miranda. Eight are still in judicial custody while the rest including Rhea Chakraborty and her brother are out on bail.

The NCB began the probe following the death of Rajput, 34, last June. They had arrested both Rhea Chakraborty and her brother under various sections of the Narcotic Drugs and Psychotropic Substances (NDPS) Act, but they were released later on bail. Of the 33 accused, eight are still in judicial custody.

NCB alleged that as per the available evidence, it was clear Rhea had conspired to procure, possess, sell and transport, “import interstate, export interstate” and was “dealing with ganja, marijuana and bud.” On October 7, the Bombay high court, while granting Rhea bail, had found that there was no evidence to suggest she financed the drug trade, which was key to the charge.

After Dubai, Ravi Teja To Shoot For 'Khiladi' Song In Muscat

Akshay Kumar Has A Divine Message For Fans

Outlook Web Desk / As per FDA scientists, Pfizer vaccine's benefit for preventing hospitalisations and death from Covid-19 would outweigh any serious potential side effects in children.