According to reports, the 22-year-old, along with her father Chunkey Panday, visited the agency’s office in Mumbai for questioning. 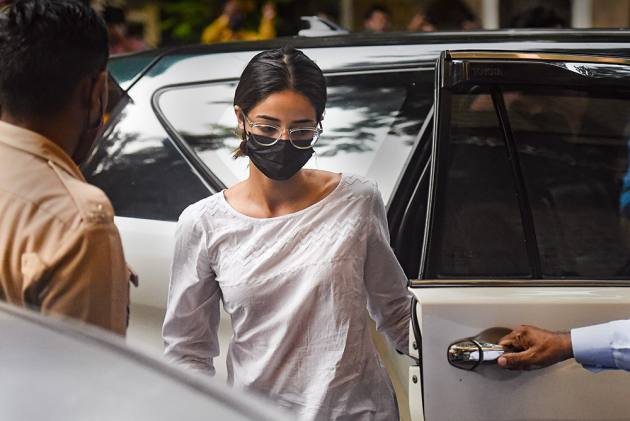 Bollywood actress Ananya Panday’s mobile phone and laptop were seized by the Narcotics Control Bureau (NCB), after the agency’s raid on the actress’ residence in Bandra, Mumbai, earlier today.

According to a report in NDTV, the 22-year-old, along with her father Chunkey Panday, also visited the agency’s office in Mumbai, after she was summoned in connection with the recent drug bust on a cruise ship, made by the agency, which had led to the arrest of Bollywood superstar Shah Rukh Khan’s son, Aryan Khan’s arrest on October 3.

According to reports, Ananya Pandey was being investigated after her name had come up in the WhatsApp chats of one of the accused in the ongoing drugs case.

Meanwhile, early reports also suggested that the NCB has raided SRK’s residence Mannat as well. However, the investigating officer of the case Sameer Wankhede, later clarified that the agency paid a visit to Mannat to gather some documents.

Earlier in the morning, Shah Rukh Khan had visited the Arthur Road Jail, to meet his son Aryan Khan who has been kept there since October 8.

A Special court had rejected Aryan Khan’s bail appeal on Thursday. His legal counsel moved to the Bombay High Court, who will now hear his bail petition on October 26.