‘Nicolas Cage ‘Is Never Going To Retire’ From Acting

The 57-year-old actor has been working in Hollywood for since almost four decades, delivering some of the most critically-acclaimed and smash hit movies. 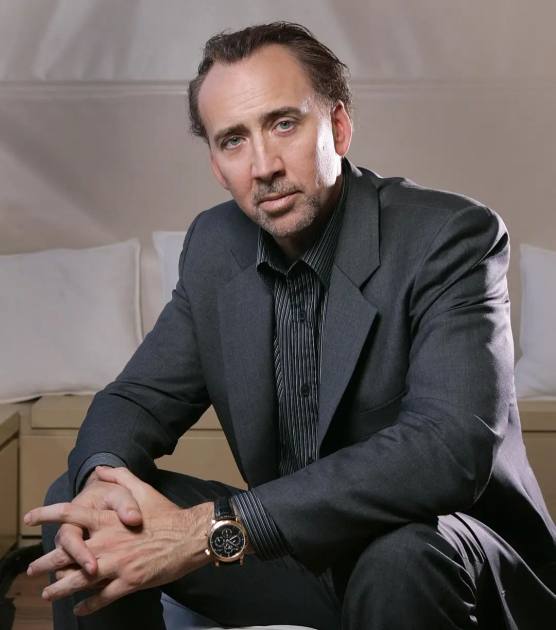 Hollywood star Nicolas Cage feels that acting keeps him in a positive frame of mind and is a far more “healthier” option for the “Face Off” star rather than retirement.

In an interview with Entertainment Weekly, Cage said he is "never going to retire" from acting.

"That can’t happen. To do what I do in cinema has been like a guardian angel for me, and I need it. I’m healthier when I’m working, I need a positive place to express my life experience, and filmmaking has given me that. So I’m never going to retire. Where are we now, 117 movies?" he said.

"What’s funny is, my argument with people who go, 'You work too much', was ‘I like working, and it’s healthy, I’m happy when I’m working, and by the way, guys like (James) Cagney and (Humphrey) Bogart, they were doing hundreds of movies.' And then I went, ‘I’d better check that,’ and I went, ‘Oops'," Cage added.

The 57-year-old actor has been working in Hollywood for since almost four decades, delivering some of the most critically-acclaimed and smash hit movies like ‘Wild At Heart’, ‘Leaving Las Vegas’, ‘Con Air’, ‘Adaptation’ and ‘Ghost Rider’.

He is currently receiving praise for indie feature ‘Pig’, which released in the US in July, and ‘Prisoners of the Ghostland’.

The actor will next star in Lionsgate film ‘The Unbearable Weight of Massive Talent’ in which he plays a fictionalised version of himself, along with a supporting cast of Pedro Pascal, Sharon Horgan, Tiffany Haddish and Neil Patrick Harris.