Nikkhil Advani On Working With Konkona Sen Sharma for ‘Mumbai Diaries 26/11’: I Got Nervous After She Said ‘Yes’ For The Show

Filmmaker Nikkhil Advani talks about the upcoming Amazon Prime Video series ‘Mumbai Diaries 26/11’ and why he decided to release it as a series and not a movie. 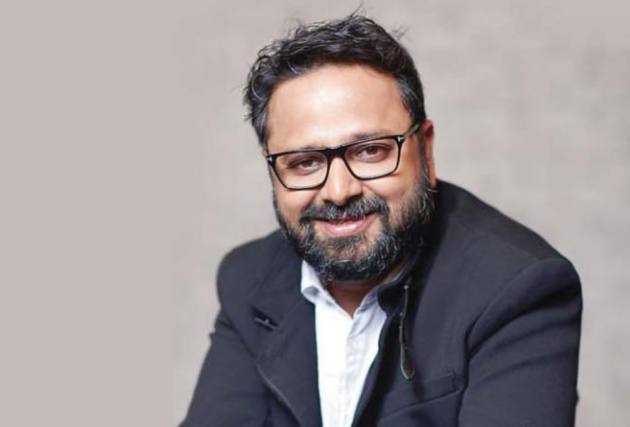 In an exclusive interview with Outlook, writer-director-producer Nikkhil Advani talks about his intentions behind making ‘Mumbai Diaries 26/11’ into a web series and not a feature film, choosing the actors for the series and more. Excerpts:

What was the idea behind naming the web show Mumbai Diaries 26/11?

Actually, a true metamorphosis happened with the idea of ‘Mumbai Diaries 26/11’. I started off wanting to tell a gritty, grungy, high-powered show about frontline workers -- doctors, nurses, and ward boys in a hospital. I wanted to tell the story of how life actually unfolds every single day in a hospital. I wanted to narrate the story of the unlikely heroes. We have actually forgotten that doctors are the real heroes in our lives. While I was writing it, I realized that in a government hospital all the medical staff are dealing with lack of facilities and infrastructure yet they are doing their jobs with dedication and passion on regular days. What if I flip that and make it into an extraordinary day like 26/11?

Rumi Jafry on Rhea Chakraborty Missing From 'Chehre’s Poster: ‘Had We Shown Her, People Would Have Said We Were Doing It For Publicity’

Javed Akhtar: I Am Fortunate To Be Born In An Overtly Secular Family

For Me Writing A Book Is Like Trying Out A New Recipe: Ashwiny Iyer Tiwari

There is an unprecedented event in the city of Mumbai and from there the story moved from there. I wanted to capture the whole situation and what they were going through. So, not only did it become a story of the doctors and nursing staff, but it also became the story of the city.

And that’s the reason the name of the show changed from ‘Bombay Hospital’ to ‘Mumbai Diaries 26/11’. Aparna Purohit, Head of India Originals at Amazon Prime Video India was also correct, she felt that by calling it Bombay Hospital we are limiting the scope of the imagination of what the show can be and the story telling is so vast. That is the time we changed it to Mumbai Diaries 26/11. I thought if this is what I want to show the government hospital, what would happen on an extraordinary day and 26/11 is the most sad and extraordinary day for the Mumbai dwellers.

How did you go about choosing the actors for 'Mumbai Diaries 26/11'?
The primary requirement for me was that the audience should feel that they are inside the emergency room and even the corridors of the hospital should also come to life.  So, if they see there are bullets flying over their heads, they should feel fear. Secondly, I was very clear that at no point the audience should feel that I am staging or faking the medical procedure whether it was Konkona Sen Sharma, Mohit Raina, Satyajit Dubey, Natasha or Mrunmayee Deshpande. All the doctors, nurses ward boys were put through a rigorous training of suturing, stitching and know how to use a scalpel, forceps and the various instruments that are there on an operating table. They were made to learn medical jargon too. At the end of the day, I felt that the audience should never feel that it is staged, so it was very important for me to make it look real.

My idea was to cast the right actors who will fit into the show. Konkona was someone with whom I always wanted to work. I was waiting to have something that I could offer her to bite on and the minute we decided on the show, I felt she would be perfect for it. When she said ‘yes’ for the show, I got nervous and I rewrote portions of her role to make it even more challenging for her because she is such a phenomenal actor. Mohit had done ‘Uri’ and he is a brilliant actor and his father is a doctor. So, when the story was narrated to him, he liked the subject. The advantage was everybody who had read the script of the eight episodes actually wanted to be a part of the show. So, I was actually spoilt for choice.

How was your experience of shooting for the series on all real locations?
There was a lot of research that went into the story telling. I was very clear that all the scenes from the show must be shot in real locations whether it is the Gateway of India, whether it is CST, Leopold Café and I wanted to capture what actually happened for those dreadful hours when the shootouts and attacks were happening. I consider myself very lucky that we were given permission to do that. We had to understand that the show was shot in 2019 and the incident happened in 2008, from then the street lights of Mumbai have changed. Earlier the street lights were halogen yellow and now it is LED white lights. So, we had to change all the street lights.

Why did you decide to make ‘Mumbai Diaries 26/11’ as a series and not a feature film?
I felt that the story that needed to be told cannot be narrated in just two hours. It needed a certain amount of time to know the characters, understand what they are going through, how they are dealing with their own interpersonal relationship crisis while they are trying to keep the city afloat. You know the whole idea that a film cannot be released in the theatres and let’s do it on OTT if not cinema halls, has now been exposed. Audiences very clearly know that they can enjoy stuff made for OTT only if it is shown on OTT and they will enjoy stuff made for cinema that is made purely for cinema hall. I don’t think that cannot be interchangeable.  It is not about the directing or the acting which changes when it comes to doing a series or a feature film. What changes is the writing. A feature film is like a sprint and a web show is like running a marathon.