Going global and how! Actress Nitu Chandra is all set to make her Hollywood debut in ‘Never Back Down – Revolt’. She becomes the 4th female lead in the franchise as she makes India proud. 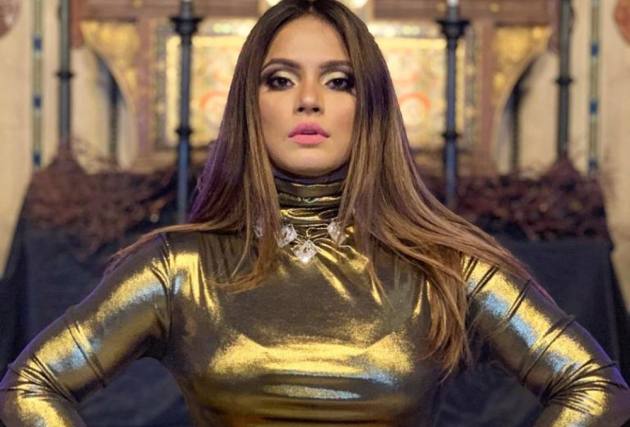 Actress Nitu Chandra is thrilled to be starring in her debut Hollywood film, ‘Never Back Down – Revolt’. Chandra, a Taekwondo champion, will appear in a few high-octane action scenes in the multi-starrer film, which has been directed by filmmaker Kellie Madison and produced by Sony Motion Pictures Worldwide.

‘Never Back Down – Revolt’ will release on November 16. It centres around a lady who is kidnapped by a group running a fight trafficking ring and also stars actors Michael Bisping, Brooke Johnston, Diana Hoyos, and James Faulkner. She must fight her way out by participating in elite underground bouts.

In a short chat with Outlook, Chandra talks about how she got the film, how she trained for it, and the fact that she has a couple more Hollywood projects in the pipeline. Excerpts from the chat:

You’re making a Hollywood debut with ‘Never Back Down – Revolt’. How did the role come to you?

It was in 2019, during the special screening of Will Smith's film ‘Bad Boys’ that I met the producer. Having a chat with him about films, I told him about my interests and training in Taekwondo. He thought about it for a minute and got back saying that he had an offer in mind for a film. My character in the film was sketched according to me in real life, thanks to the producer.

You’re into martial arts since long. How different was training for ‘Never Back Down – Revolt’ than what you always normally do?

My preparation for the film was about rehearsing hardcore action sequences because I had planned to do it all by myself. Being a blackbelt 4th Dan in Taekwondo I felt very confident in my role. I have performed different forms of martial arts especially taekwondo in the film which I'm very excited about!

What next after ‘Never Back Down – Revolt’ can we see you in Hollywood? Are there things which you’ve already signed?

I have two more Hollywood projects but I can't talk about much at this point of time.