No Calm Before 'Toofan': Farhan Akhtar-Starrer Film In Another Controversy; This Time For Love Jihad 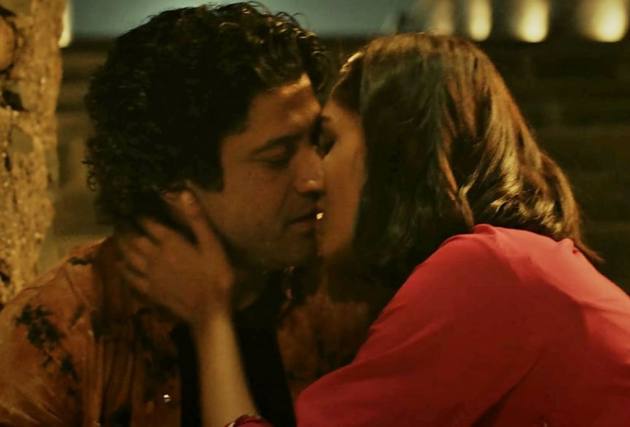 The upcoming film, 'Toofan' has been in the eye of many storms. Just days before its release, the Farhan Akhtar-Mrunal Thakur-starrer film faced backlash after many users pointed out that the film was promoting the idea of Love Jihad by showcasing a romantic relationship between Akhtar’s Aziz Ali and Thakur’s Dr. Pooja Shah.

All this Lovejihaad agenda I will boycott All bollywood movies which always show this kind of nonsense. I am leaving the Amazon prime membership. #BoycottToofaan pic.twitter.com/6SwKRjcTS7

Many users, as has been the case with the other recent controversies around the film, asked for it to be banned and #BoycottToofann has been trending on Twitter over the last few days. Many have also threatened to give it negative reviews on the review aggregator websites such as IMdB and Rotten Tomatoes.

Earlier, the users had been calling for a boycott on the film because of Akhtar’s views during an anti-CAA/NRC protest held in Mumbai in 2019 which was also attended by 'Toofan’s director Rakyesh Omprakash Mehra.

“As a citizen of the country and as somebody who was born and has grown up with a certain idea of India is, it is important for me to raise my voice... If everything was ok, why would so many people turn up? Not just in Mumbai, but Delhi, Assam, Bangalore, Hyderabad,” he had said then.

His statement was viewed as “anti-national” and has resulted in many asking for his films to be boycotted.

The film also stars Paresh Rawal, who is believed to be a supporter of PM Modi and was also in favour of the CAA/NRC bill.