The actress's publicist has published a statement on her behalf, stating that Fatehi tested positive for Covid-19 on December 28 and is currently in isolation. 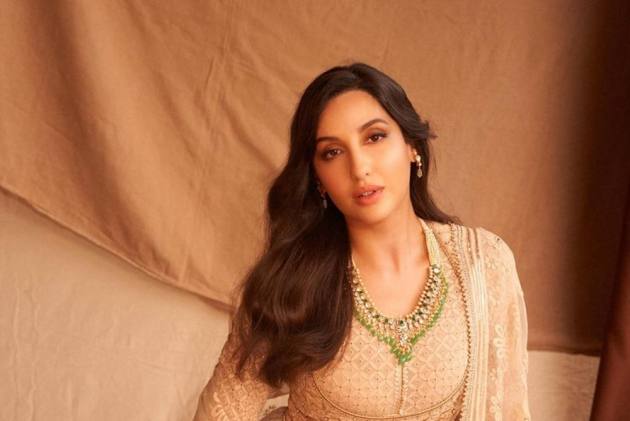 In Mumbai, cases of Covid-19 are on the rise. Every day, a growing number of celebrities test positive for the novel coronavirus. Actress Nora Fatehi is the most recent celebrity to be diagnosed with the virus. The actress's publicist has published a statement on her behalf, stating that Fatehi tested positive for Covid on December 28 and is currently in isolation.

The statement issued by Nora Fatehi's publicist reads, "On behalf of Nora Fatehi, as her spokesperson, would want to inform that Nora Fatehi has been tested positive for Covid on 28th of December. Abiding by the protocols, Nora has been quarantined under the doctor's observation since then and has been cooperating with BMC for the safety and regulations."

"Amid the same, the spotting pictures in circulation since yesterday are from an earlier event in the past and Nora has stepped nowhere out recently. We would therefore request to please ignore the old pictures," added Fatehi's spokesperson.

Fatehi also took to her Instagram stories to inform her fans that she has tested Covid positive. Have a look at the statement shared by the actress. 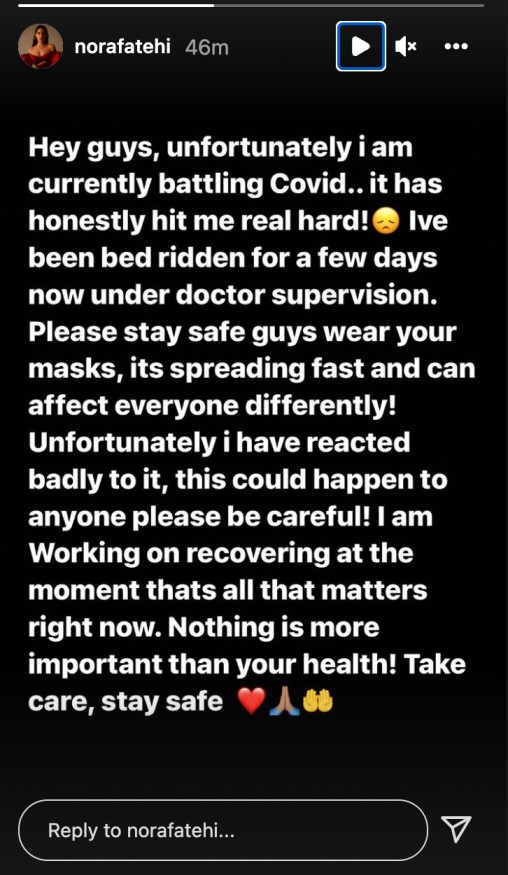 Fatehi was recently seen in the video for Guru Randhawa's song 'Dance Meri Rani.' They were seen on reality shows like as 'The Kapil Sharma Show' and 'Bigg Boss 15,' among others, promoting the song. Since its debut on December 21, the song has been a tremendous hit. On YouTube, it has received over 54 million views.