The track with this new look was the work of the director Bosco Leslie Martis. Penned by lyricist Rashmi, composed by Tanishk Bagchi, vocals by Guru Randhawa and Zahrah S Khan. 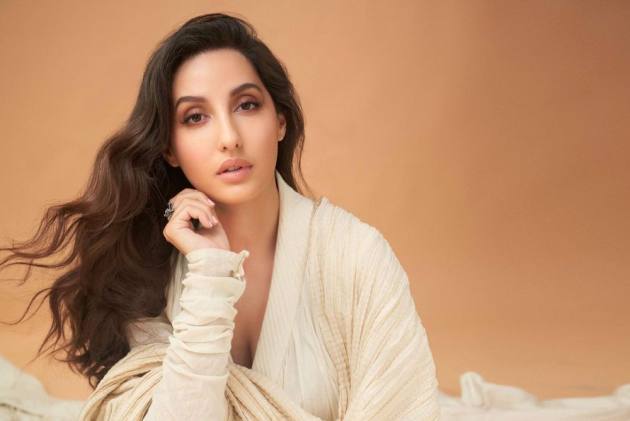 Actress Nora Fatehi has over the years impressed fans with her dance moves and equally stunning looks. The actor now makes a transformation into a mermaid for her next single 'Dance Meri Rani' with Guru Randhawa.

The track with this new look was the work of the director Bosco Leslie Martis. Penned by lyricist Rashmi, composed by Tanishk Bagchi, vocals by Guru Randhawa and Zahrah S Khan.

While talking about the music video and outfit Fatehi said, "I think mermaids are so mystical. As soon as I put on that outfit, I realized that it looks beautiful, but it was extremely difficult to handle. I had to look beautiful and glamorous while facing the camera, but it was tough to shoot like that. I would be in pain and cry for help. Once in the costume, there was no way I could move by myself."

The mermaid outfit was created and hand-made by artist Jonathon Mario of La Sirena that specializes in mythical outfits. The costume was custom made in the USA and took over 3 months to complete.

Fatehi shared a snapshot from a recent photoshoot in which she transformed into a mermaid with golden pink hair. "They said 'As long as you live under my ocean, you'll obey my rules' so I left…," she captioned the pictures. The actress stood inside the water with Guru Randhawa while wearing a mermaid fin and a bikini top.

Guru Randhawa also shared a photo of Nora Fatehi's transformation on his Instagram:

Made with state-of-the-art latex and silicon, a special adhesive had to be used every time Fatehi got into the costume. In fact, the outfit that weighed over 15 kilos was physically exhausting for Fatehi, taking a toll on her knees and feet during the hours of shoot and especially challenging underwater where the weight of the outfit seemed almost double.