Not A Word More On Will Smith’s Sex Life, Please!

Ever since actor Will Smith released his memoir ‘Will’ there have been headlines only and only about his sex life with his wife Jada Pinkett Smith. Now, it feels like the limits have surpassed all measures! 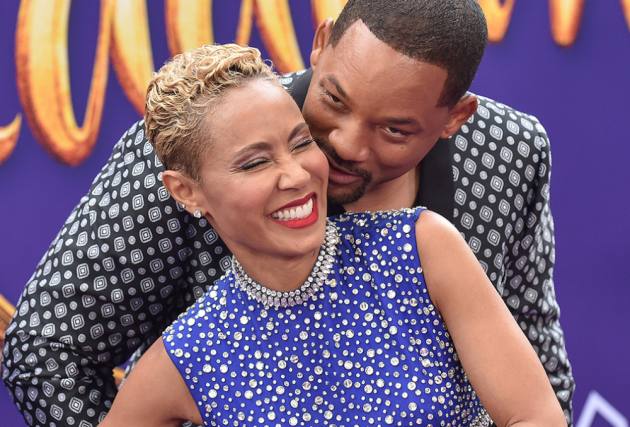 Actor Will Smith confessed to having had too much sex as a teenager after he discovered that his then-girlfriend had cheated on him. So much sex, that he had a "psychosomatic response" to getting an orgasm, which led him to "gag and sometimes even vomit." That’s a statement that I didn’t need to know! As per reports, this gem of information was revealed by Smith in his recently released memoir, ‘Will’. I can understand you want to talk about every damn thing that’s happened in your life in your memoir, but there is a limit till where you let your fans know.

Smith and his wife, actress Jada Pinkett Smith's openness about their love lives is quite a refreshing take considering the amount of hideousness that we see in Bollywood couples, but there is a point of disclosure where you feel enough is enough. Their revelations about their sex life didn’t need to be reported over and over in the past few weeks like cricket match scores getting refreshed every next second. Being celebrities, their openness is good, but only in small doses.

For the unversed, ‘Will’ takes a look into everything from Smith’s professional life to his not-so-great relationship with his father to his marriage to his humanitarian work – everything. But from all of that, what gets reported more on the news every morning, is his sex life with Pinkett Smith. Now it’s come to a point that it has become a bit too much, and nobody wants to know so many intricate details about someone else, even if that person is your most loved movie star.

In the memoir, apparently, Smith writes about having seen a psychotherapist who specialises in tantric sexuality. This is said to be around the brief break-up that he had with Pinkett Smith back in 2011. He went on a spiritual quest. Not just that he even discovered that he might be the happiest with a "harem of girlfriends." Like, what?

Smith isn’t the only one talking about his sex life. Pinkett Smith was recently on the Red Table Talk where she mentioned that it was “hard” to maintain a healthy sex life with Smith. And how can one forget that GQ interview of Smith which went viral because he said, “Jada (Pinkett Smith) never believed in a conventional marriage.” Fans on social media somehow connected that to the rumours of him and Pinkett Smith having a non-monogamous relationship. Also, remember how the husband-wife went on The Red Table last year to talk about dysfunctional families and betrayals?

With the release of ‘Will,’ all these stories are once again making a comeback and making throwback headlines for varied entertainment portals all over the globe.

It’s not that I don’t want people to come out in the open and discuss the problems of sex and intimacy. People should do that, and celebrities are also entitled to that. But I would love to have a few weeks without getting to read another headline of a web portal talking about the sex life of the Smith’s. Just a few weeks would be enough!

In the meanwhile, there is a hell lot to be discussed about the Smith’s. Apart from the memoir, his film ‘King Richard’, where he plays Richard Williams, is doing great and it is being said that it might get Smith an Oscar nomination. Also, there is the YouTube Original Series where he tries to shed 20 pounds in 20 weeks. It’s called ‘Will Smith: The Best Shape Of My Life’. Pinkett Smith on the other hand is about to come up with ‘The Matrix Resurrections’, which has got a great buzz.

So, can we just focus on this stuff for some time, before we circle back to their sex life once again?