Sikander, who is regarded as an icon in the Punjabi music industry, is survived by his singer-wife Amar Noorie, and music composer sons Sarang and Alaap Sikander. 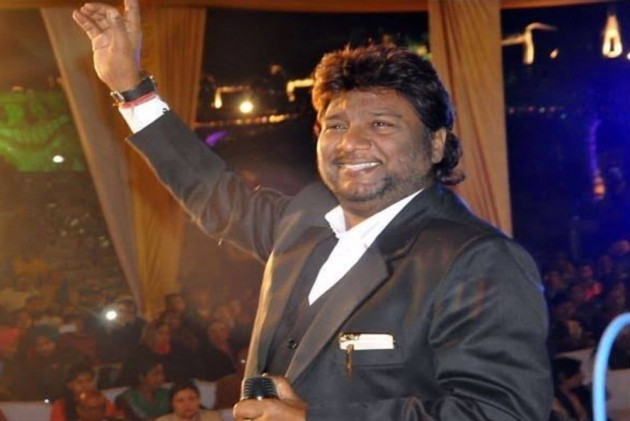 Renowned Punjabi singer and actor Sardool Sikander died on Wednesday aged 60 at a Mohali hospital where was undergoing treatment for Covid-19.

Sikander, who had undergone a renal transplant in 2016 and was admitted to the hospital on January 19, passed away at 11.55 am, sources at Fortis Hospital said.

They added that his condition had worsened in the last few days and he was put on life support systems.

Sikander, who is regarded as an icon in the Punjabi music industry, is survived by his singer-wife Amar Noorie, and music composer sons Sarang and Alaap Sikander.

The untimely death of the singer led to condolences from various quarters, including fellow musicians, actors and politicians.

Chief Minister Amarinder Singh described him as a legendary singer and said he was "extremely saddened".

Extremely saddened to learn of the demise of legendary Punjabi singer Sardool Sikander. He was recently diagnosed with #Covid19 and was undergoing treatment for the same. The world of Punjabi music is poorer today. My heartfelt condolences to his family and fans. pic.twitter.com/PDaELYIPbZ

"He was recently diagnosed with #Covid19 and was undergoing treatment for the same. The world of Punjabi music is poorer today. My heartfelt condolences to his family and fans," he said on Twitter.

"Saddened to learn about the demise of legendary Punjabi playback singer Sardool Sikander. A huge loss to Punjabi movie & music industry. Prayers for his family, friends & fans. May his soul rest in peace!" Badal said in a tweet.

Sikander, who acted in several Punjabi films, including "Jagga Daku", initially came into the limelight with appearances on radio and TV during the early 1980s.

His album 'Roadways di Laari' was an instant hit.

Born at Kheri Naudh Singh in Fatehgarh Sahib in Punjab, Sikander belonged to the Patiala Gharana of music and his album "Husna de Malko" in 1991 sold over five million copies.

Patiala MP and former Union minister Preneet Kaur said Sikander's death had left a a big vacuum in the Punjabi music industry and also in the hearts of millions of fans worldwide.

Punjabi singer Gurdas Maan remembered the singer as a melodious voice, life of the party and a friend like no other.

Singer-composer Daler Mehendi said Sikander's death was a "big loss to our family and music industry".

According to Bollywood music composer Vishal Dadlani, Sikander's loss is "far too personal".

"A true pioneer, he was the soul of humility & a wellspring of music. My condolences to the family, esp. to my brothers @AlaapSikander & @SarangSikander1," Dadlani said.

Actor-comedian Kapil Sharma said Sikander had such a powerful voice that even a layman would sound melodious while singing his songs.

Sharma said he was fortunate that Sikander visited his residence on the occasion of his daughter's first Lohri.

"All of us were happy, but we didn't know it would be our last meeting. You'll be missed a lot paaji. May God keep you close," he added.

Singer Harshdeep Kaur said she was saddened to hear about the demise of the iconic singer.

"Huge loss to the music Industry. Prayers for his family," Kaur wrote on Twitter.