Nushrat Bharucha And Ayushmann Khurrana Talks About Their Low Phase

Ayushmann Khurrana and Nushrat Bharucha open up on how they dealt with the low phase in their careers. 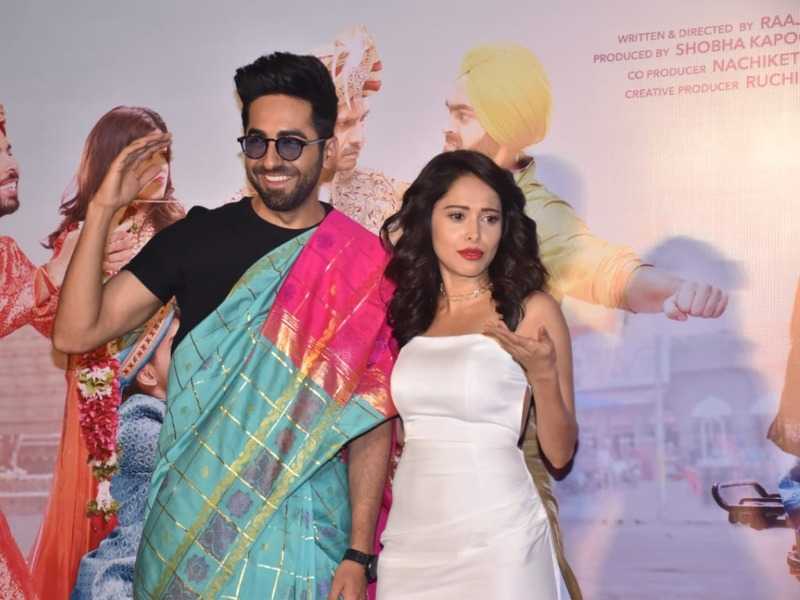 Ayushmann Khurrana and Nushrat Bharucha teamed up for the first time for Dream Girl. The movie sees Ayushmann surprise us yet again as Pooja, a disguised identity he picks up a job, while Nushrat leaves you dazzled with her screen presence. While both Ayushmann and Nushrat are currently in the best phase of their career, the duo has had their share of lows. In fact, Nushrat recently opened up on how a brief low phase in her career pushed her into a depression so much so that she started questioning her calibre as an actor.

We asked Nushrat what kept her going during this rough phase. Opening up on it, Nushrat said, “I think people around me; friends and family, someone who can silently exist with you in your silence. There was just a voice in me that I will get through this. If that was not there, then it would have been a serious problem. I kept believing in things will get better the next day. Keeping that faith, I would get through the day.”

We also asked Ayushmann how did he deal with the low phase in his career or anything professionally triggered him towards depression. To this, Ayushmann revealed, “I have a lot of plans in my life. I started off as a radio presenter, lot of options, A, B, C, D and then I started journalism also, so I wasn’t really worried about what I am going to do. I was only thinking where my film career is going at that time. So, I immediately formed my band and started gigging with them after Hawaizaada. So, I got the best of musicians to play and perform at Goa fest. So, it gave me a new lease in life and motivated me because it is like instant gratification for an artist when performing on stage.”

He continued, “Like films are a different ballroom because you wait for the review and all. But stage is something which gives you immediate response, so I am still gigging as I can’t let go of that. So, I was never under depression.”