In an exclusive interview with Outlook, actor Nushrratt Bharuccha talks about getting makers trusting her more with different scripts, and how she prepared for her role in the upcoming film 'Chhorii'. 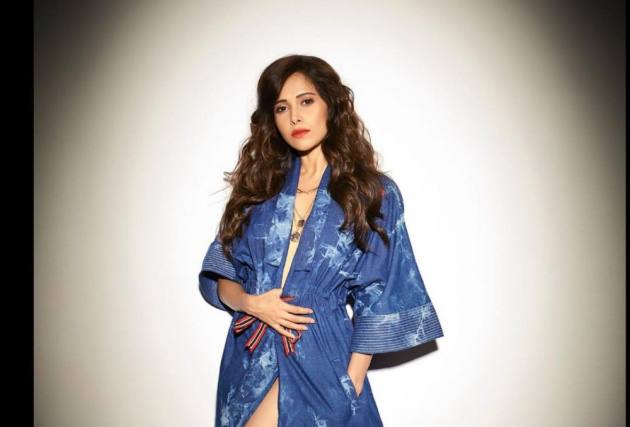 Bollywood actor Nusshrat Bharucha, acknowledges the fact becoming a popular name in the industry after she appeared in a slew of romantic comedies, didn’t help her much, in terms of getting more and different work. But, at the same time, Bharucha also wants that makers need to see her in aiddferent light, and trust her “more” with different genres.

“I feel that a filmmaker or a producer needs to take that brave step, to establish that trust factor and say that, okay, maybe you've not done this before, maybe you only do romcoms, but that doesn't mean that you don't know how to do this as well. Just because you haven't seen me in that doesn't mean I can't do it,” she says.

The actress feels that very few makers are wiling to trust her and give her a chance to be able to showcase her range as an actor. But ever since she received accolades for her performance in the black-comedy film ‘Chhalaang’, Bharrucha says things have changed for her, with different scripts being offered to her now, slowly.

“I would want to bring in that hard work and dedication and put myself through to prepare for the role. But for that they have to meet me halfway and at least give me the chance and say, okay, we cast you in this, so, why don't you bring something to the table? Why don't you, like, surprise us? That doesn't happen very frequently,” she says.

“Some directors have taken that step, some still don't. So, I mean, it's a part of a process. I'm just honestly going with the flow. I mean, my sensibilities were always there. It's not like I saw a change or tried to do things differently. I did 'LSD' (Love Sex Aur Dhokha) before I did a couple of romcoms. My sensibilities were pretty much intact even then. I just didn't get the chance to do it again,” she adds.

For her upcoming role, Bharrucha, informs, the focus was on getting the physicality of an eight-month pregnant women, right.

“Basically, I got into the practicality of, of what it is to like to be able to function with all those restrictions. I asked them to kind of help me with a prosthetic stomach I wore in the film, which is what makes me pregnant. I wore it for straight 20-25 days before we started shooting for it. I stayed in it all day, I slept in it. I went to the loo in it. I just kept that on me. And it weighed exactly the roughly the same amount as the weight as what an eight-month-old child in a womb would be. So, I wanted to physically feel the heaviness of it,” she says.

“When you have something in your stomach like that alive, you have to be very careful of it. You can't sleep, you can't turn left to right. You have backaches, you have constant pain in your neck, your legs. It was difficult. I don't know what it’s like to be a pregnant woman because I've never been there. It's an unreal space for me. It's like seeing, imagine you saw God. I mean, you've not seen God, How do you imagine that? All I could do was state from other people's experiences of being,” she adds.