Of Separation And Loss: Verses By Muddasir Ramzan

Shikwa or reproach is the title of a powerful poem by Muddasir Ramzan, a PhD student in the Department of English, Aligarh Muslim University. In it the narrator laments the breakup between him and Kashmir, his home, and wonders why it turned against him. 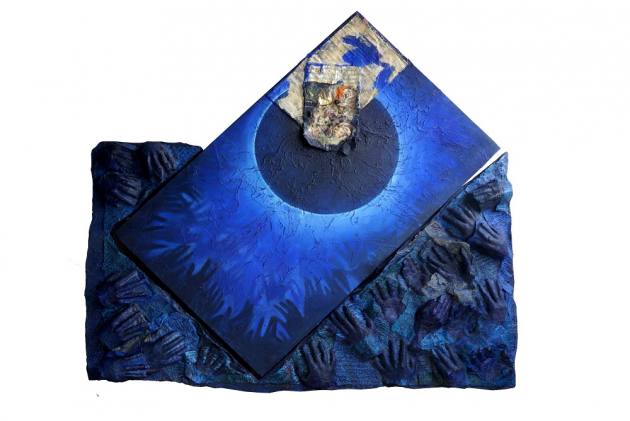 Kashmir is breaking up with me.

We had our highs and lows,

But then there was love, true love,

Which kept us bonded as one.

We dreamed of making a little paradise,

Worked tirelessly on it,

Managed to build a place to stay,

It took my earnings, my blood and sweat,

My days and nights,

Now she’s breaking up with me.

Let me try to untie it:

I was told I am special,

Not that I’m ‘ashraful makhluqaat’,

Because I was born out of you,

You are considered a jewel, a crown.

For kings and colonists.

And to the present day nuclear powers.

And cannot survive on your own.

They think you can be a threat to your neighbours,

If you’ll be set free.

I always fought for your dignity.

Always challenged their control over you.

Because I was you, 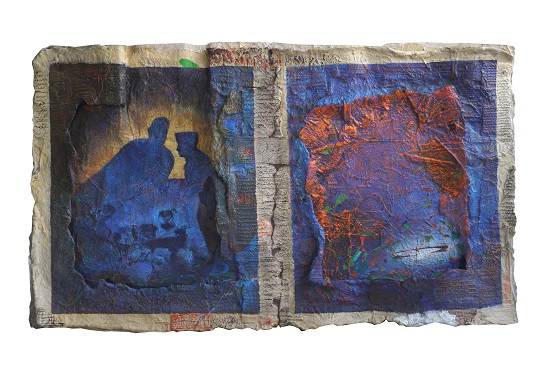 Even before this existing mayhem,

My freedom was sold for a mere sum.

I resisted. I was locked down.

Beaten black and blue until I identified

That brown is the new white.

I did not lose my will to fight.

I continued to resist.

Finally, I earned some respect back.

For a while, yes.

Then these new powers came to play,

They took my crown.

My freedom was again sold.

This time for some soldiers who could guard me,

Yes, it was meant for the time being.

But they did not stop there.

They tried every trick they had learned from their white masters.

They saw I was at war with myself,

And I am easy to divide and rule.

You… you should have been careful.

You let them on your body.

And I was an unwanted guest in my own house.

They stole my rights, broke my home,

Starved me, whipped me,

They took my bread and liberation from me.

And you witnessed all of this in silence.

And the worst: I saw you dining with them.

And then sleeping with them.

You said it was all to help me.

How could you do this to me, my love! How?

I fought for you in every battle,

Blood is still oozing out of my left arm.

Somehow I survived all these attempts.

Truth is I thought you also need some comfort.

Despite having overthrown many monarchies,

Surviving through many battles,

You carry those deep scars, yes.

Exposed on your body, laying on me and your history.

I felt you need a relief,

From devouring your own children.

Even so, I was always here for you.

We were for each other,

I never thought of my existence without you.

And now you blame me for all this anarchy.

You say there’s no freedom without sacrifice.

Are not all these sacrifices enough for you?

Smell the blood of your murdered children.

The unheard cries of fathers and mothers,

The agonies and traumas,

You want to take back your control without me,

It’s not me alone who is lost.

I am trying to figure out who I was

Before I was told I am only good for sacrifice, blood and loss.

I truly loved you.

I never knew you’ll be so selfish.

I was so stupid.

I thought I am blessed, no.

You were the curse I wore on my body.

I have always been the victim.

But the way you used me was the worst.

You told soldiers I am violent, vicious and trying to kill you.

I know we can fix it up.

I don’t want to die young.

Tell them do not shoot.

Your silence, this uncaring look, it hit me like a bow.

It pierced through my young heart and cut me from head to toe.

I did not expect them to hear my side of the story.

They also fired their shot.

They broke my already dead body

But you broke my heart.

Kashmir has broken up with me.