The Tamil film 'Koozhangal' (Pebbles), India's official entry this year to the Oscars, has been eliminated from the competition. However, there's a reason to rejoice as director Rintu Thomas' 'Writing With Fire' was shortlisted in the Best Documentary Feature category. 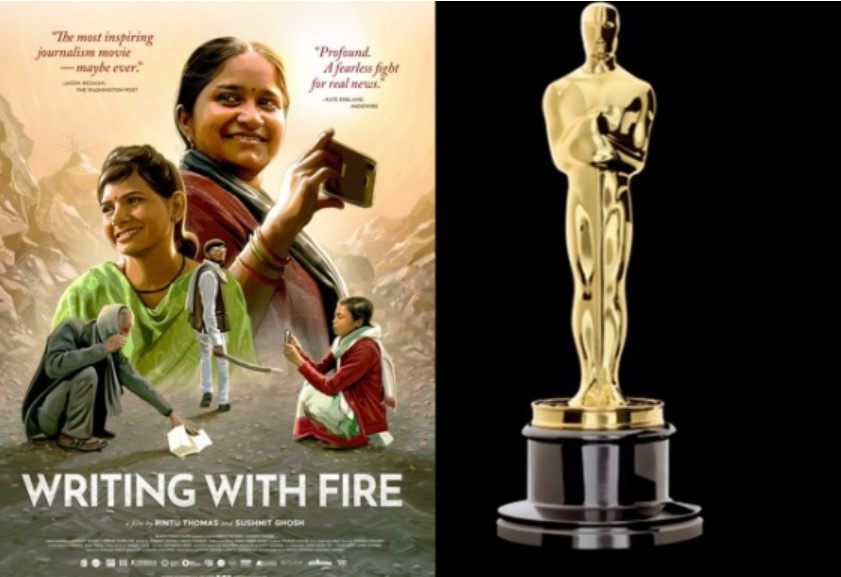 The Academy of Motion Picture Arts and Sciences announced the shortlists for the upcoming Oscars in ten categories on Tuesday, including Best International Film. Shortlists for the category of makeup and hairstyling, sound, visual effects, original score, and short films (animated, documentary, and live-action) were also announced. The 94th Academy Awards will take place on March 27, with the final nominees being revealed on February 8.

The Tamil film 'Koozhangal' (Pebbles), India's official entry this year, has been eliminated from the competition.

Despite 'Pebbles' elimination, India has its reason to rejoice and celebrate. Directors Rintu Thomas and Sushmit Ghosh's 'Writing with Fire', a film about a Dalit women-run newspaper, has been shortlisted in the Best Documentary Feature category.

Fans also fumed at the exclusion of France’s director Palme d’Or-winning 'Titane', which many believed was too extreme for Academy voters. 'Titane', a body horror film that revolves around identity and found family, is directed by Julia Ducournau and was always considered an outside contender. But its triumph at the Cannes Film Festival led many to believe that it could make the final cut.

Here is the complete list of movies contending for the Best International Film category:

Here is a complete list of documentaries contending for the category of Best Feature Documentary:

The academy has also selected 15 songs for the Best Original Song category.  Here is a list featuring all the songs.

'So May We Start?' from 'Annette'
'Down To Joy' from 'Belfast'
'Right Where I Belong' from 'Brian Wilson: Long Promised Road'
'Automatic Woman' from Bruised (Netflix)' H.E.R.'
'Dream Girl' from 'Cinderella'
'Beyond The Shore' from 'CODA'
'The Anonymous Ones' from 'Dear Evan Hansen'
'Just Look Up' from 'Don’t Look Up'
'Dos Oruguitas' from 'Encanto'
'Somehow You Do' from 'Four Good Days'
'Guns Go Bang' from 'The Harder They Fall'
'Be Alive' from 'King Richard'
'No Time To Die' from 'No Time to Die'
'Here I Am (Singing My Way Home)' from 'Respect'
'Your Song Saved My Life' from 'Sing 2'