Parineeti Chopra Completes A Decade In Bollywood; Gets A Special Surprise

Bollywood actress Parineeti Chopra completed a decade in Bollywood with her stellar performances in films like 'Meri Pyaari Bindu', 'Sandeep Aur Pinky Faraar' and 'Hasee Toh Phasee'. Watch the actress getting a surprise from the cast and crew of her upcoming film 'Uunchai'. 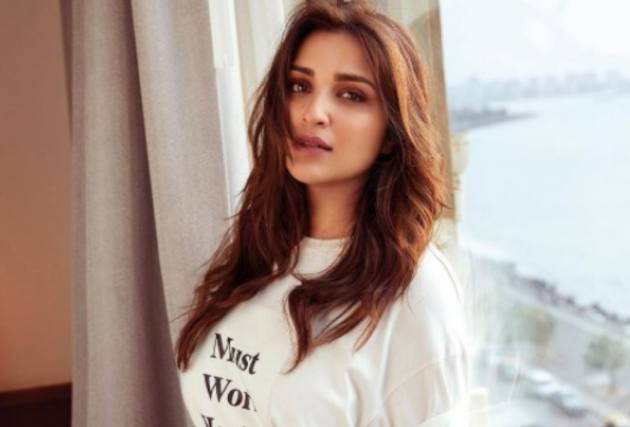 Parineeti Chopra celebrated her tenth anniversary in Bollywood on Thursday. The actor shared a video from the set of 'Uunchai', where she was surprised by the cast and crew.

Parineeti Chopra took to Instagram to share this event and captioned the post as, “The best surprise ever! Thank you to the entire team of Uunchai and Team Parineeti for making yesterday incredible. To celebrate with and learn from such massive legends, I must have done something right. 10 years and I’m just about starting (sic)."

“Special love for my A-team/family without whom I am nothing! It truly takes a village! Neha, Ajayji, Micheal, Manju, Govind, Sanjay and the massive team at YRF - You make this crazy, hectic life better! Needless to say, I am nothing without my FANS. Thank you for making me a part of your lives (sic)," she wrote.

In 2011, Parineeti Chopra made her Bollywood debut in the film 'Ladies Vs Ricky Bahl', starring Bollywood actor Ranveer Singh. 'Ishaqzaade', 'Shuddh Desi Romance', 'Hasee Toh Phasee', 'The Girl On The Train', and 'Sandeep Aur Pinky Faraar' were among her later films.

Parineeti Chopra said in a statement about completing ten years in Bollywood,  “I have been fortunate to work in some of the landmark films in the history of Indian cinema and collaborate with some of the best directors, actors, technicians of our illustrious film industry. When you love your work, time flies and it’s happened to me.”

She continued in the same vein and stated, “As I complete 10 years in cinema, I feel I have just started my journey. I’m raring to go actually for my next decade in cinema. I’m loving the kind of offers that are coming my way because I’m getting the freedom to express myself freely. I’m not going to play safe anymore. With 'The Girl On The Train' and 'Sandeep Aur Pinky Faraar', directors are seeing me in a new light and offering me the kind of work I always wanted to do." Parineeti Chopra is currently shooting for his next film 'Uunchai'.

She announced the project last month when she shared a photo of herself with director Sooraj Barjatiya on Instagram with the caption, “Thrilled and honoured to be a part of the iconic cinematic universe of Sooraj Barjatya sir. Sooraj sir has defined, and is the torchbearer of India’s family entertainers and I can’t wait to work under his tutelage; alongside this stellar and incredible cast (sic).”