'Person Of Interest': The Most Relevant Show Today 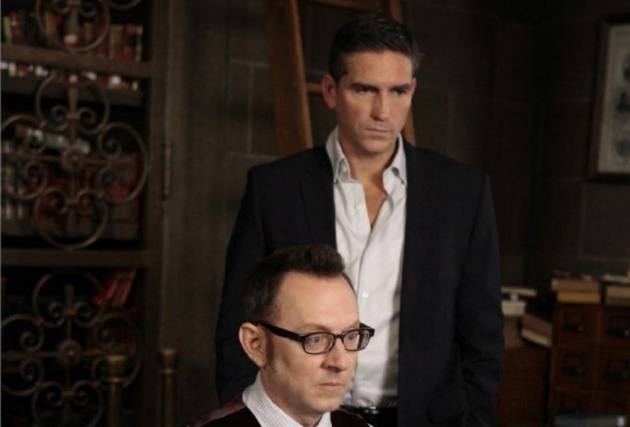 The Jonathan Nolan-created science-fiction show about an all-knowing-all- seeing AI, couldn’t be more relevant now, given the recent developments around a software, which was used to spy on many powerful people including the French President Emmanuel Macron.

The show’s concept, on the face of it, is pretty simple. A billionaire computer programmer, Michael Emerson's Harold Finch, designs an Artifical Intelligence, which helps the government to spy on people who could pose as potential threat to the US and stop them from before the events could even take place. While doing that, ‘The Machine’, as our billionaire calls it, also accurately predicts deadly crimes which are deemed ‘irrelevant’, because they don’t pose a risk to the country.

Finch hires an ex special forces officer, John Reese (Jim Caviezel), and the two, set out to save lives and prevent crimes. Every episode, our crime-fighting duo find a case (a number), who can either be the victim or the perpetrator – since ‘The Machine’ can only predict a crime and people affected by it.

But while every episode has a new life, or lives (as is the story line in some episodes) being saved by the Reese and Finch, there are also plenty of themes that run parallelly to the episodic plotline, so powerful that sometimes it overshadows the simple and direct storyline of a couple of crime fighting vigilantes.

The team slowly grows and more people join the two including a dog named Bear. Even though the common goal of each and everyone is to save lives, they all have very different perspectives on why it is important. Taraji P Henson’s Detective Carter acts as the moral compass which keeps Reese and Finch in check, while they go about their routine work of saving lives. Kevin Chapman's Captain Fusco decides to join the team because of his chequered past and his desire to become a better person.

Then there’s Enrico Colantoni's Elias who is probably the most intriguing character on the entire show. A mobster who rises through the ranks to become a mafia boss, and has his own set of morals with which he judges the world. He values Reese and Finch’s friendship and stays with them till the end of the show, often helping them in their endeavour of saving lives.

Sarah Shahi’s Sameen Shaw joins the team, just for the dog. On the face of it she is a cold-blooded assassin, someone who claims she cannot feel emotions. A perfect foil to Reese’s calm and collected vigilante, Shaw is impulsive aggressive and as many would argue, more stylish.

Finally, there’s Amy Acker's Root, who believes that the Machine is sensible enough to not take over the world and keep assisting as its creator, Harold Finch planned. She keeps urging Finch to learn to trust is creation more till the very end, but perhaps in a very Victor Frankenstein way, Finch was almost afraid of the monster he created, which in his case was ‘The Machine’.

And perhaps that’s why the show’s show couldn’t be more relevant now since its most powerful theme is the very question that has divided the world right now. How justified is it for the government or the authorities to spy on people to save lives, and to what extent?

The makers of the show have taken their stand on it, because they probably could since it’s a fictional show. Nevertheless, the acknowledgement to reach to that conclusion and the consequences of that decision are echoed in almost every other episode. On one hand, the very thought of someone checking our messages, screening our calls sounds and spying on us is wrong and feels claustrophobic, on the other hand, there is also a vary valid, if flawed, argument around growing threats to nations and the public safety because of it.

The bigger theme to all of this is the human desire that has seen mankind scale new heights in the field of science and technology and the single driving point behind that is safeguarding human lives. But all of that always comes at a cost. There is another AI, Samaritan, which threatens to take over 'The Machine' and unlike Finch, its handlers are eager to submit to the AI and follow its orders, thus removing the human element that exists with 'The Machine' because Finch designed it in such a way that it is available to help or assist and not, crudely speaking, take over the entire human race.

The ending, yes may feel sudden, but that is only because the makers were forced to end it like that. Apart from that, it’s a high-octane action drama, one which will surely make you think. If you are even a little bit aware of what’s going around the world right now, you would find that this show would answer many of those questions which are being discussed and debated in the power corridors of the world right now.