Bollywood filmmaker Vikram Bhatt and art curator Shwetambari Soni tied the knot over a year ago in a hush hush ceremony. Pictures from the same have gone viral now. 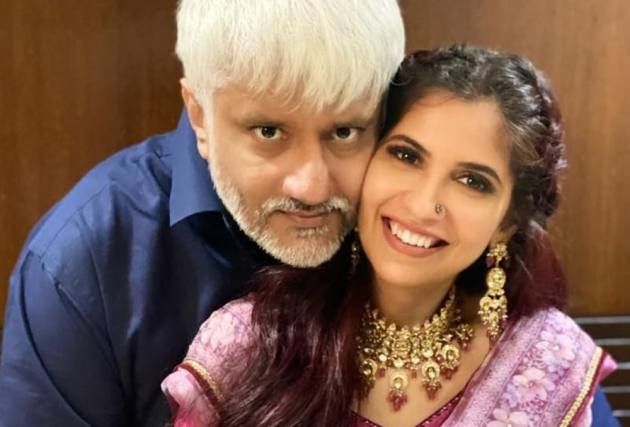 Filmmaker Vikram Bhatt and art curator Shwetambari Soni married in a low-key ceremony over a year ago and kept the wedding a secret. Vikram Bhatt's 'boss,' Mahesh Bhatt, was aware of the wedding. Speaking of Mahesh Bhatt knowing of his secret wedding, Vikram Bhatt told TOI, “Bhatt saab (Mahesh Bhatt) knew it; he is my boss and a boss knows everything. I had told a few friends and I hadn't told a few friends. I didn't feel the need to announce it. At my age, you marry not for social confirmation but personal gratification.”

The pictures from this secret wedding have gone viral all over social media. Have a look:

Vikram Bhatt went on to also talk about how he ended up meeting Shwetambari Soni through a common friend. “She is an art curator and has an art gallery with her friend. They were supposed to have a painting exhibition and I was supposed to write some poetry. The exhibition didn’t happen, but Shweta and I connected,” said Vikram Bhatt.

Talking of his and Soni’s children’s reaction to the wedding, Vikram Bhatt said, “Her (Krishna Bhatt) reaction has been mature. As far as Shweta’s sons are concerned, I think they were at first not really happy to have me around but have since sufficiently warmed up to me. But we are friends now.”

Vikram Bhatt also spoke up about his special bond with Shweta in a chat with Pinkvilla. He said, “She enjoys films and has the innocence of outside. She is not tainted by biases of the film industry and this is what makes her see things clearly. She is very encouraging of new ideas. I have now decided to make films which are really different, regardless of the genre. They need to be unique and challenging. I started my career in 1992 and the next year it will be 3 decades of being in this place. It’s time to have fun.”