In an interview with Outlook, Sharad Kelkar talks about his character in ‘Bhuj: The Pride of India’, his journey, playing the lead, transition from television to films, and much more. 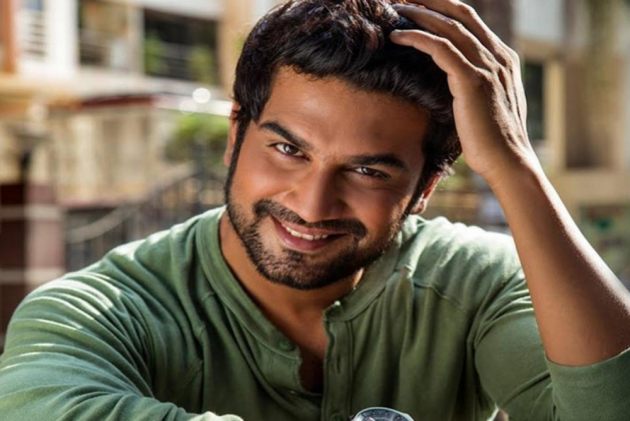 After playing supporting characters in films like ‘Goliyon Ki Raasleela Ram-Leela’, for several years, lately, Sharad Kelkar has been getting due for his impressive portrayals. The year 2020 was special for him as he gave two spellbinding performances as Chhatrapati Shivaji Maharaj in Ajay Devgn’s ‘Tanhaji: The Unsung Hero’ and then as the titular transgender woman in Akshay Kumar’s ‘Laxmii’. That’s not all, recently, he was seen playing Military Officer Raghuvir Raina in ‘Bhuj: The Pride Of India’.

In an interview with Outlook, Sharad Kelkar talks about his character in ‘Bhuj: The Pride of India’, his journey, playing the lead, transition from television to films, and much more. Excerpts:

How did you prepare yourself to play Military Officer Raghuvir Raina?

I loved the narration of the film and realised that it is for me. I always wanted to be a member of the armed forces. I passed the Combined Defence Services (CDS) exam but could not clear the last round of the interview. My past preparation for the armed forces helped me in getting into the skin of Military Officer Ram Karan very easily. It was a great opportunity to play the character. I researched a lot and spoke to the officers to understand the character more – the attitude, the anger, how they work, etc. We had to work on a lot of aspects to make things look real. We need such kinds of films today, given the times we are living in and the new generation should know what we have sacrificed.

Were you nervous or scared about the release?

I was nervous as it was a lead role, but I was always satisfied with what I’ve done.

How was it working with such talented actors like Sanjay Dutta and Ajay Devgn? How was it on the sets?

It was wonderful. I share a rapport with both Sanjay Dutt and Ajay Devgn and that helped a lot. We had fun on the sets. I had a great experience in ‘Tanhaji: The Unsung Warrior’ and ‘Baadshaho’ before this. They treat me like a younger brother and always take care of me. It feels like family with them.

Sanjay Ji is a big foodie and we all know that. I had a lot of good food and we used to have lavish dinners, probably a seven-course meal. That’s not all, I got to have a lot of sweets. He is such a fine and experienced actor and that helped me in learning so much while working on ‘Bhuj: The Pride Of India’.

Sharad, you started with television. Tell us something about that and your journey so far.

Apart from my first show, which was a major hit, I have never done a soap opera. I have always tried to play different characters. Nahar Singh in ‘Saat Phere’ became big across the globe. I didn’t want to stereotype myself. I knew that I might be a big name and get all the popularity if I’ll continue to play one character for many years, but then it was a conscious decision to not do that. I experimented and that has somehow worked for me. My transition was quite smooth. I learned so much.

In Deja Vu, we'll be seeing you playing a lead. How important is it to play a lead in your opinion?

For me playing the lead is not important, but playing a strong character is important. I see if I can bring something new to the table or not. I chose the project very carefully and wisely. It is not a big-budget film where a lot of money is riding on me, however, the content is very good. I believe that the film will be appreciated because of the way we shot it and I have full faith in the director Abhijeet Warang.

Your take on OTT platforms.

The audience is becoming smarter. They want to consume better and meaningful content. They want different kinds of content and OTT platforms are a game-changer for our industry. A producer and a director no longer require a lot of money to showcase their talent. Saying that I would say that films like ‘Bhuj: The Pride Of India’ deserve a theatre release.

What happened between you and Suchi in ‘The Family Man Season 1’? Please tell us.

We just shot it till there, to be honest, and even I don’t know what had happened. Raj, DK, and the writers will have to come up with a story, for sure. I never thought that people would be interested in knowing this. It’s fun to see that.