Actor Pooja Bhatt celebrated thirty years of her Bollywood debut, 'Dil Hai Ki Manta Nahin', and thanked Gulshan Kumar for producing the film, despite it being labelled as "too risky" by the experts. 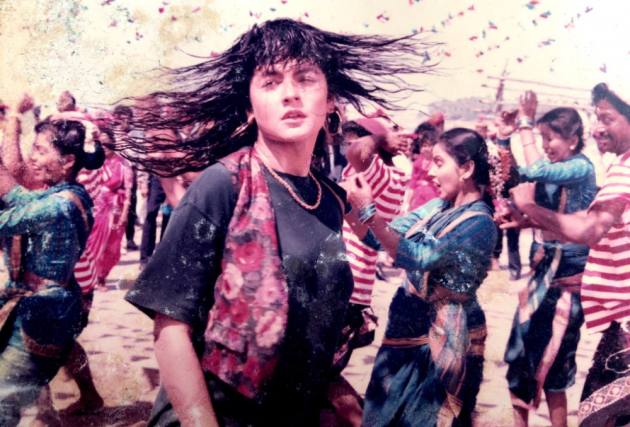 Actor Pooja Bhatt took to Twitter to celebrate 30 years of her big screen debut, ‘Dil Hai Ki Manya Nahin,’ and shared pictures of the film which was directed by her father, Mahesh Bhatt and produced by Gulshan Kumar. The 49-year-old recalled the romantic-drama, which also starred Aamir Khan, being labelled as “too risky” and expressed her gratitude towards Kumar for “bankrolling” the film.

The 1991 film, which was based on the Oscar-winning Hollywood film, ‘It Happened One Night’ was a major success and many believe that it gave a solid start to Pooja Bhatt’s career and pushed Aamir towards stardom. Recalling the plot of the film, Pooja wrote:

The film also starred Anupam Kher, Tiku Talsania and Rakesh Bedi. The film was known for its soundtrack, composed by music director duo Nadeem-Shravan, which featured hit songs like ‘Dil Hai Ke Manta Nahin’, ‘Tu Pyaar Hai Kisi Aur Ka’ and ‘Adayein Bhi Hain’ among others and it ended up becoming quite a popular album.