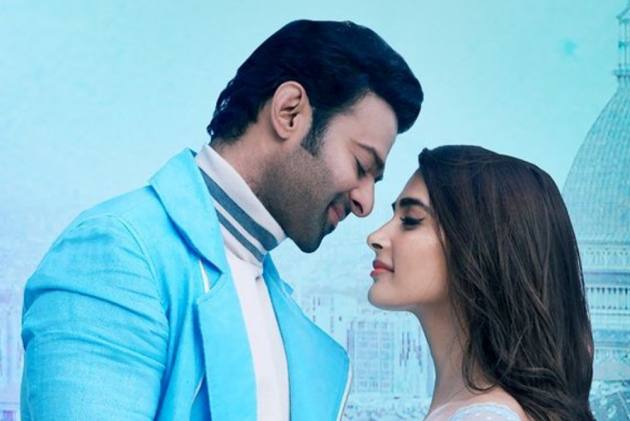 The trailer for Prabhas' upcoming flick 'Radhe Shyam' has been released. The makers of the upcoming movie organised a trailer launch event that reportedly hosted over 40,000 fans in Hyderabad.

After a long gap, Prabhas will return to the big screen in the role of a mysterious lover boy. He plays Vikramaditya, a palm reader, and shares screen time with Pooja Hegde, who plays a physician in 'Radhe Shyam,' directed by Radha Krishna Kumar of 'Jil' fame.

Fans were taken aback when the film's fascinating teaser was revealed roughly two months ago. Prabhas appeared in a new, unsettling avatar in the trailer. It alluded to the twists and turns the movie will take.

Take a look at the film's trailer here:

The majority of 'Radhe Shyam' was shot in Europe. It's about a fortune teller and a young girl who fall in love. Vikramaditya is the name of Prabhas' character. The magnitude of the film is the first thing that strikes you. In addition to Prabhas and Pooja Hegde's chemistry, the intriguing trailer deals with love and fate and features numerous landscapes and international locations. It appears to be a romantic drama between a dreamy young lady and a non-committal man.

Prabhas shared the trailer along with a newly released poster of the film on his Instagram. Take a look at his post here:

The production of the film began in January 2020 but was quickly suspended owing to the Covid-19 pandemic. The movie will be released in five different languages. The film's new release date has been set for January 14, 2022.