The release of actor Prabhas and actress Pooja Hegde-starrer romantic drama 'Radhe Shyam' has been pushed indefinitely, days before its scheduled arrival on January 14, due to the ongoing Covid-19 situation in the country. 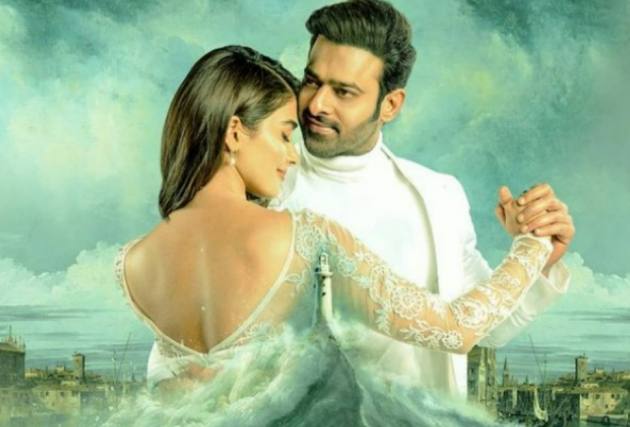 Actor Prabhas and actress Pooja Hegde's highly-anticipated film, 'Radhe Shyam', which was supposed to hit the theatres on January 14, has now been postponed. Makers of the period romance drama took to social media to announce the decision in view of India’s current Covid-19 situation.

Prabhas and  Hegde's 'Radhe Shyam'  is one of the most anticipated films of this year. Initially, the film was supposed to release on January 14, but the audience will  have to wait a little more to watch the film. The makers of the film announced that the films stands postponed as of now.

Set in the 1970s, 'Radhe Shyam' features Prabhas as Vikramaditya, who falls in love with Prerana, played by Hegde.

'Radhe Shyam' stars Prabhas and  Hegde. The film is Directed by Radha Krishna Kumar, the story revolves around a fortune-teller and a princess and how their romance blossoms. The film has been shot simultaneously in Tamil and Hindi langauges. The film also stars actress Bhagyashree, actors Sathyaraj, Jagapathi Babu, Sachin Khedekar and Priyadarshi. The film is produced by Bhushan Kumar, Vamsi, and Pramod.

On Tuesday (4th January), the film’s director, Radha Krishna Kumar took to Twitter to post a cryptic tweet about tough times and hope. Fans and well wishers asked him if he was indirectly referring to 'Radhe Shyam'.

Times are tough, hearts are weak, minds in mayhem. Whatever life may throw at us - Our hopes are always High. Stay safe, stay high - Team #radheshyam

Other films whose theatrical release has been postponed due to the surge in Covid-19 cases include S.S Rajamouli's 'RRR' and Gowtam Tinnanuri 'Jersey'.