Preity Zinta Is All Smiles As She Gives 'Mommy Vibes'; See Picture

Actress Preity Zinta who welcomed her twins recently has treated her fans to a new picture. 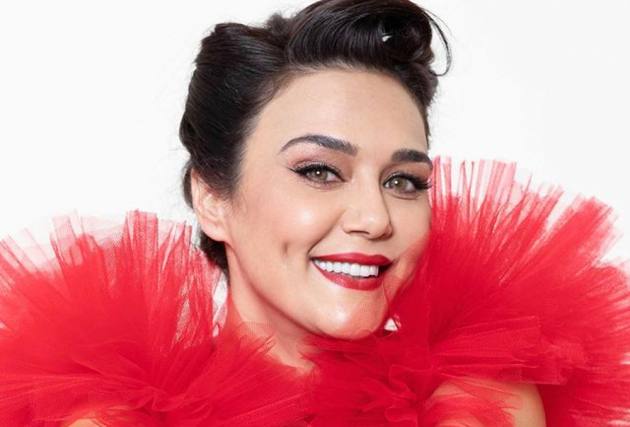 New mommy and actress Preity Zinta flashes her dimpled smile in a recent Instagram post of herself hugging her baby. The actress took to her Instagram handle and posted a cozy picture with one of her twin babies.

Earlier, the mommy of two announced their children’s birth in an Instagram post. “Hi everyone, I wanted to share our amazing news with all of you today. Gene & I are overjoyed & our hearts are filled with so much gratitude & with so much love as we welcome our twins Jai Zinta Goodenough & Gia Zinta Goodenough into our family. We are very excited about this new phase in our lives,” she had written.

‘Bhaiaji Superhit’, her most recent and last film, was released in 2018. Actor Sunny Deol also appeared in the film, which was directed by Neeraj Pathak.

According to The Times Of India, Zinta is making a comeback in Bollywood with an untitled film directed by Danish Renzu and which is set in Kashmir.  Zinta is said to be playing a brave Kashmiri mother in the film. Despite the fact that the film has yet to receive official confirmation, work on it has already begun.

ETimes quoted a source saying, “The shooting of the film will take place during the first quarter of 2022, but pre-production of the film has already begun and additional casting is also underway. Preity is open to taking up more projects. In fact, she already has 2-3 films in the pipeline and is looking forward to sign more projects."