Pregnant Meghan Markle and her BFF Priyanka Chopra’s friendship has hit a rough patch according to reports. Because of that, Priyanka also skipped Meghan's secret baby shower. 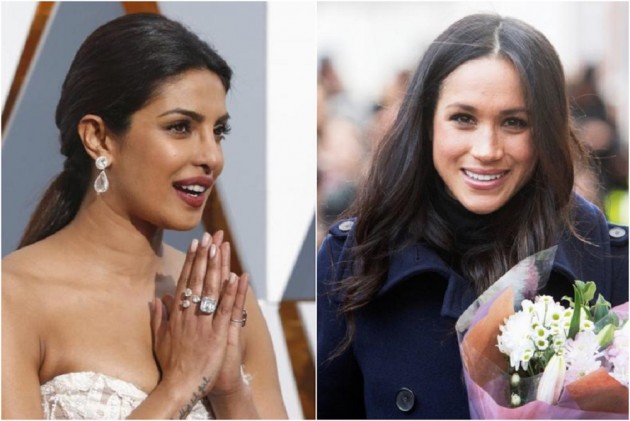 Actress Priyanka Chopra is said to be upset with her friend and Duchess of Sussex Meghan Markle for skipping her wedding to singer Nick Jonas.

That's the reason she bailed on Markle's star-studded baby shower in New York, reports pagesix.com. The two actresses were friends, and Priyanka was a guest at Markle's wedding to Prince Harry in May last year. But the Duchess of Sussex declined to attend Priyanka's wedding to Jonas in December.

"Priyanka was crushed," said one source. That's why, the "Quantico" star declined to attend Markle's baby shower last week at the Mark Hotel. Serena Williams and Amal Clooney co-hosted the shower, with attendees such as Gayle King.

It was reported that Priyanka was "bogged down" here with meetings about a book she is writing, but sources believe the real reason is that Markle hurt her feelings by not coming to her wedding.

A source told Us Weekly that Markle didn't attend Priyanka's wedding because of her pregnancy. "Their friendship is over unless Meghan apologises," said one source.

"Priyanka is a huge international star with a tremendous social media following. She is probably more famous worldwide than Meghan is. She feels Meghan didn't respect her, and didn't respect their friendship."

A spokesperson for Priyanka declined to comment, but a source close to the former Miss World said: "There are no issues between the two women. They are friends, and anything you're being told otherwise is inaccurate and untrue."