Priyanka Chopra shared a few words of appreciation for comedian Vir Das who was nominated for his comedy special at the International Emmy Awards. 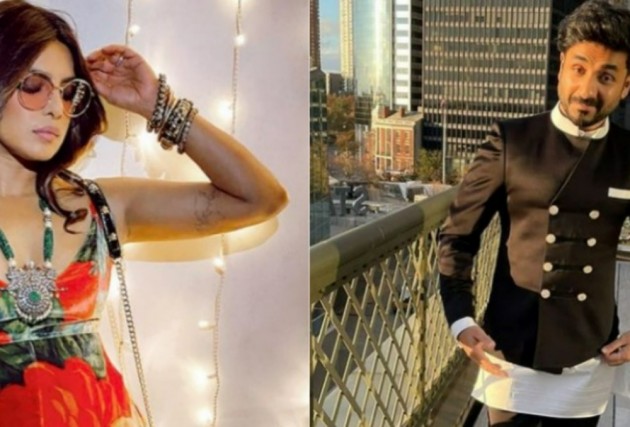 Das was nominated in the comedy category for his Netflix comedy special 'Vir Das: For India'. Acclaimed French comedy series 'Call My Agent' Season 4 emerged winner in the segment.

"Congratulations @virdas u Make us so proud! (sic)" Chopra wrote on her Instagram Story on Tuesday as she shared Das' post with his medal and participation plaque.

The comedian has been in the news back home for 'I Come From Two Indias', the satirical monologue he recently performed as part of his US tour which a section of people described as an insult to the country.

Earlier on Tuesday after the awards ceremony in New York concluded, Das pointed out that he was nominated for best comedy at the International Emmy Awards, "for jokes".

Praising the winning series 'Call My Agent' as "a gigantic beautiful show I love", the comedian said it was an honour to represent India on the global stage.

"I was nominated for best comedy at the International Emmy Awards, for jokes. Call My Agent, a gigantic beautiful show I love won. But I got this medal, and ate this fantastic salad with a very interesting crispy cheese topping. It was an honour to represent my country. Thanks so much to the @iemmys For India. It’s always for India. #VirDasForIndia," the 42-year-old had written on Instagram.

Das has received both praise and police complaints for his monologue, which he performed at the famous John F Kennedy Center for Performing Arts in Washington DC.

Besides Das, actor Nawazuddin Siddiqui was nominated in the best performance by an actor category for his Netflix movie 'Serious Men'. He lost out to Scottish actor David Tennant for 'Des'.

India was hoping to recreate the magic in the best drama category after the win of Netflix series 'Delhi Crime' last year with 'Aarya'. But the Disney+ Hotstar series, directed by Ram Madhvani and starring Sushmita Sen, was bested by Israel's 'Tehran' in the segment.