Priyanka Chopra Will Be Sati In 'The Matrix Resurrections' 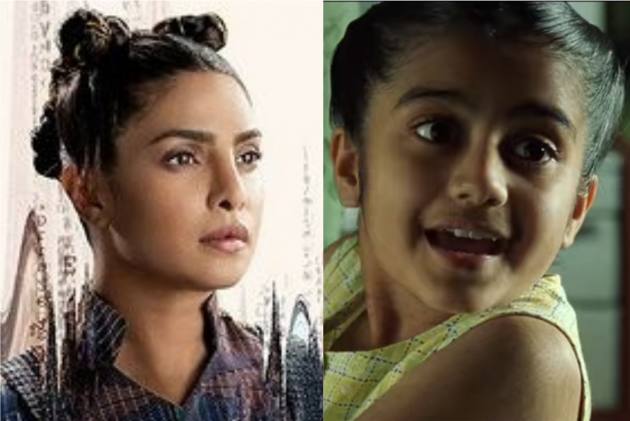 In her forthcoming film 'The Matrix Resurrections,' which Warner Brothers confirmed recently, actor Priyanka Chopra will play adult Sati. Chopra's participation as Sati has been rumoured for a while, but this is the first formal confirmation from the production team.

In 'The Matrix 4', Priyanka Chopra provides more about her cryptic character. The 38-year-old actress was cast alongside original actors Keanu Reeves, Carrie-Anne Moss, and Jada Pinkett Smith in the impending fourth episode of the sci-fi tale, which was revealed early last year.

Quoting a new press release from Warner Bros, Looper.com has said that Chopra will play a grown-up Sati. The character as a young girl was earlier essayed by Tanveer Atwal in 'The Matrix Revolutions.' The Warner Bros release described Sati as “a young woman with a wisdom that belies her years and an ability to see the truth, no matter how murky the waters”.

A new teaser for the film was recently published, with Chopra uttering her first words. "The most important decision of Neo's life is not his to make," she remarked. Keanu Reeves and Carrie-Anne Moss will reprise their roles as Neo and Trinity in the film. Sharing the trailer on Instagram, Priyanka Chopra had captioned it, “Remember what is real.”

Directed by Lana Wachowski, 'The Matrix Resurrections' is set to release on December 22. The film also features Jada Pinkett Smith reprising her role of Niobe. Jessica Henwick, Christina Ricci, Neil Patrick Harris and Jonathan Groff will also be seen in the film, as new additions to the existing cast.

Meanwhile, Priyanka Chopra has several other projects in the pipeline including Jim Strouse's 'Text For You,' and the drama series 'Citadel' co-created by Joe and Anthony Russo. She will also feature in Farhan Akhtar's 'Jee Le Zaraa' along with Alia Bhatt and Katrina Kaif.